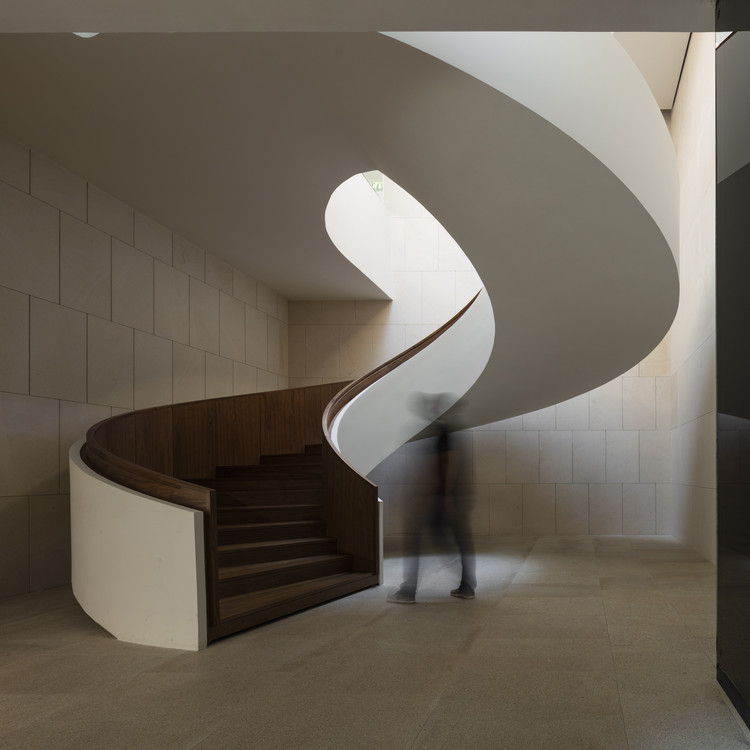 Text description provided by the architects. The new premises for the Portuguese Football Federation, called Cidade do Futebol (Football City), result from a decision to join all of the institution’s activities in a single facility, namely, its headquarters, logistics centre and the new football technical centre, aimed to accommodate the seventeen national team’s training camps and work. The Cidade do Futebol is located in the Jamor National Sports Complex, west of the National Stadium, on a plot measuring approximately 7 hectares, surrounded by primary access roads to the city of Lisbon. The land measures approximately 370m long (extending north / south) and 220m wide (extending east /west) and there is a substantial gradient between the outermost edges (about 20m), which complicated the placement of the playing fields.

The tender launched by the Portuguese Football Federation foresaw the construction of three football pitches and a goalkeeping training field, and also included the construction of three independent buildings – headquarters, football technical centre and logistics centre – connected by a fourth building referred to as the Central Hub. Rather than proposing four autonomous buildings, we designed a compact solution that enabled us to resolve, simultaneously, the organisation of the program, the different accesses and the segregation of outdoor spaces. Furthermore, our proposal distinguishes the various parts of the complex, giving precedence to the Portuguese Football Federation’s headquarters.

This solution, which we describe as “compact” due to having less facades, less corridors, less electrical and mechanical equipment, made it possible to reduce the complex’s construction and operating costs, freeing up more outdoor space, maximising the building’s proximity and expressing the institution’s representative character. The building’s footprint is T-shaped, set out in two “squares”: the first is public and close to the entrance, in the lower part (60.00); the second, for work, is located at the unit’s northern edge, level with the main training field (64.00), and reserved for players and staff. Visually, the building stands out due to the contrast between the lower floors (0 & 1) and the upper floors (2 & 3).

The lower floors were conceived as an extension of the stone walls that terrace the land, while the upper floors were designed in a more conventional manner, using glass and ceramic panels interspersed with horizontal elements in exposed concrete. Two key elements were kept in mind when developing the project: to design a workplace where players, technical personnel, collaborators and managers can prepare their demanding missions intensely; to organise a facility where journalists, fans and VIPs can engage with the national teams and players in specific locations and only when the national team manager and technical staff see fit. 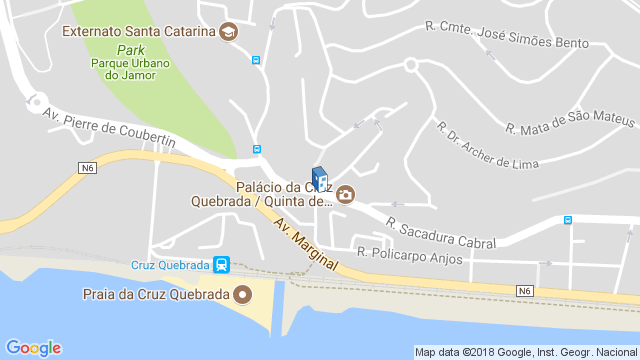 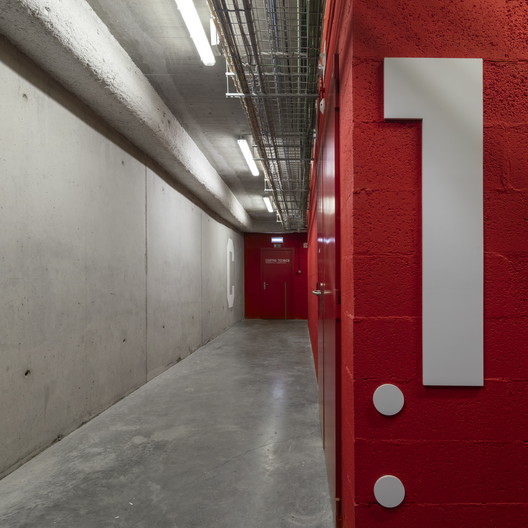 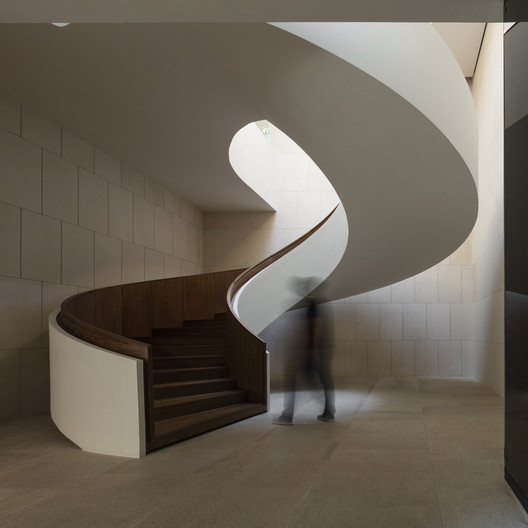