Save
Villa in Herzliya Pituach / archiFETO 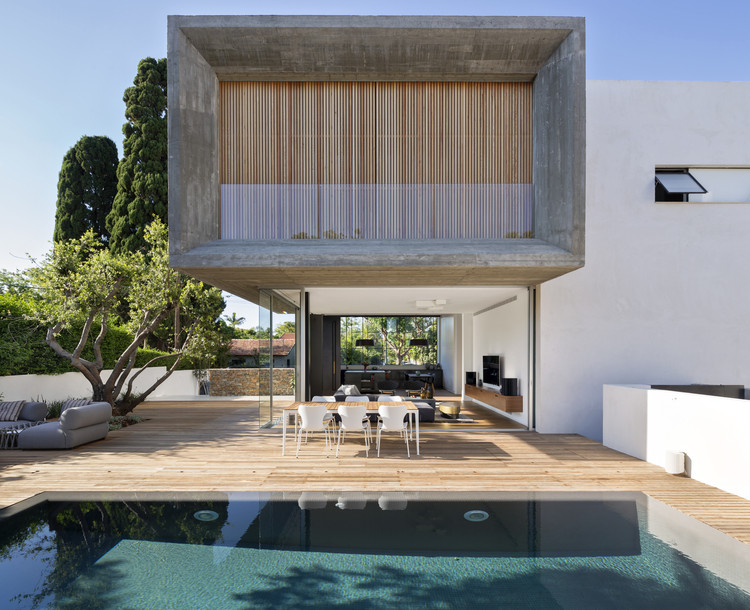 Text description provided by the architects. The size of the lot is approximately half a dunam; the area of the house is about 320 square meters. As soon as we saw the location – its proximity to the Herzliya sea – we immediately felt that the required design for the building’s envelope had to be clean and modern, while featuring facades resting on an old stone hill surrounded by water.
Apparently Apollonia – a mere few hundred meters away – contributed to this feeling; its ancient ruins can be seen on a cliff above the water, and in the background a modern city is visible as it continues to grow.

One of our main goals while planning the residence was to avoid designing one more villa in Herzliya Pituach which would shutter itself behind high walls, completely ignoring its surrounding urban context. We decided not to raise any wall at all in front of the house, but rather, in order to expose the façade and the landscaped pool, we created a “meeting point” – a square, if you wish - at the junction between the streets. In this way the structure of the house both influences and is influenced by its environment.

Concurrently, in order to preserve privacy in a house not surrounded by walls, we designed the landscaped pool to encircle the house wherever it faces public areas, raised the entrance floor above the street level, and arranged for most of the intimate spaces to face the inner courtyard of the house.
Best regards, 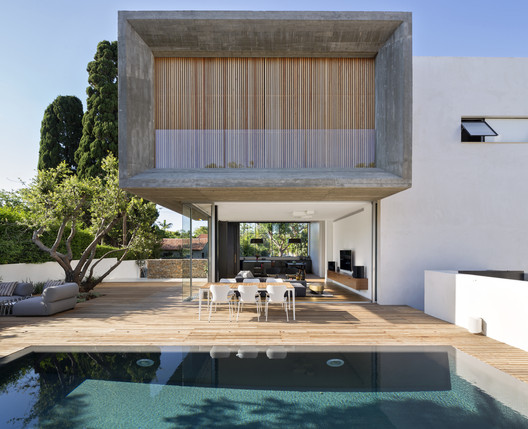