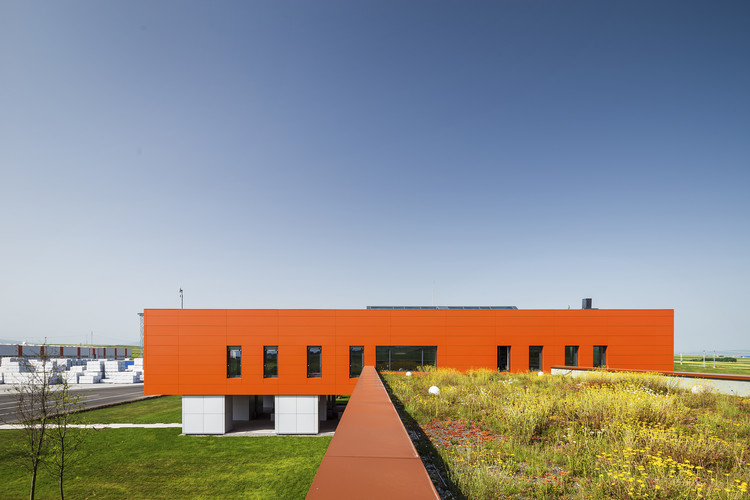 Text description provided by the architects. In March 2014, Tecto Arhitectura was appointed to design the new office building for HSR factory in Reci, Covasna, as the first large-scale project with CLT structure in south-east Europe. The main challenge was to create an office building for around sixty people that had to provide also a visual interface between two antagonistic spaces – an industrial platform used for production and a natural landscape with strong horizontal lines. The project purpose was to design a flag-ship two-storey office building with a massive timber structure (according to the Austrian and Romanian building regulations), that follows also the standards for Multi-Comfort criteria (according to the guidelines enlisted by Saint Gobain).

Nevertheless, the project strategy was based on utmost ecological and long-term sustainability. The teamwork between Tecto Arhitectura, the client and the project partners aimed to create an office building typology based on ecological and long-term sustainability as a manifest project and consequently to establish it in the market-financed office building market.

The building has a compact shape, expressing clearly the interior spaces without increasing thermal loss. The structure consisted mainly of industrially prefabricated wood-construction CLT panels and glue-lam elements, carrying out the premise that wood is the only truly renewable construction material. Thermal and sound insulation was achieved by using passive house standard mineral wool insulation from for walls, slabs and flat roofs. This effort of having an effective envelope with reduced thermal bridges in a temperate environment, where outside temperature can reach during winter -35 and 30 during summer, was aided by the usage of high energy efficient aluminium windows and doors with solar control protection in three-layered panes placed in such way that the interior space benefits from daylight autonomy, solar gain in winter, shadow during summer and natural cross ventilation all year long.

One additional element in aiding the temperature and humidity regulation is the extensive green roof that covers the entire building. Another essential element for the performances of this building are the installations, as the building has a heating and cooling system based on a well with enhanced heat collection and a heat pump with hot/cold puffer system and a biomass cogeneration plant for heating and electricity while the ventilation system uses heat recovery to minimize consumption. 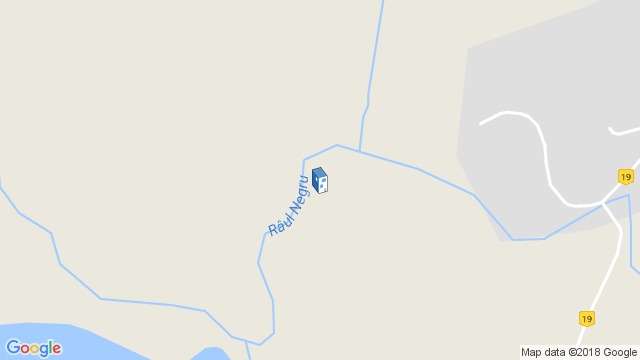 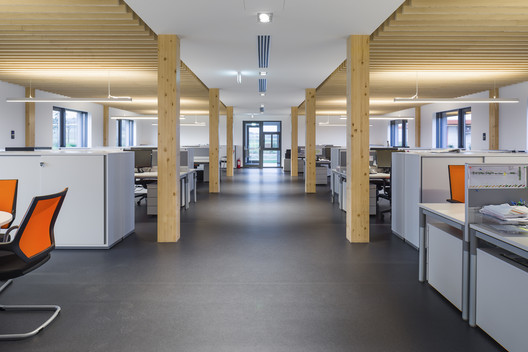