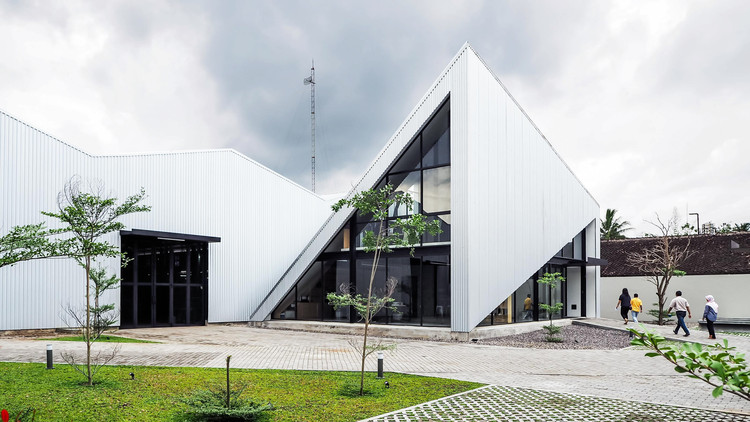 Text description provided by the architects. Office KL is a pavilion building functioning as an office for an industrial facility. The scope of the project also includes a facelift of the existing factory, site planning and bridge to the production area. The project site is located in the industrial complex in the outskirt of Yogyakarta, Indonesia. The project was commissioned by a steel based manufacturing company that needed to add office program to their existing facility. The office pavilion accommodates programs for three different departments: Marketing, Finance and managerial office. Three zones representing different departments are packed into a ten-meter by twelve-meter plot surrounded by an open space, which mainly serves as landscape and circulation for the factory.

The pavilion itself consists of three levels, each of which is used by one department. Open plan office configuration is introduced to create a sense of openness and transparency as requested by the client. Diagonal axis divides the rectangular plan into non-typical office floors which vertically connected by a linear staircase. These different floor geometries resulted in specific furniture arrangement for each level. The shape of the pavilion is formed by the multifaceted surface, which enfolds around it. Each facade has a triangular opening with varying dimensions responding to the different amount of sun exposure on each side. From the interior viewpoint, the openings serve as frames to the outdoor space as well as natural daylight for indoor illumination.

The 200 sqm pavilion is constructed of steel structure and finished mostly with exposed concrete and metal. The selection of the materials is based on the intention to express the nature of client’s industry and with low maintenance consideration in mind. During the construction, steel elements were made in the existing factory and local labours were involved as builders. The design of the outdoor space is mainly resulted from the optimization of the existing circulation area to allow more space for landscape. Small outdoor stage and seating area are added on the site for both formal and informal use. 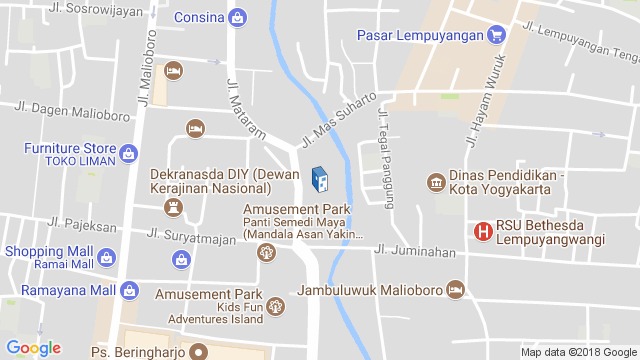 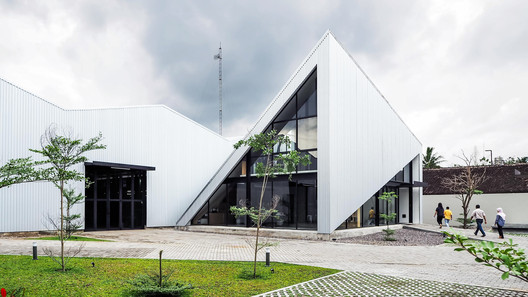