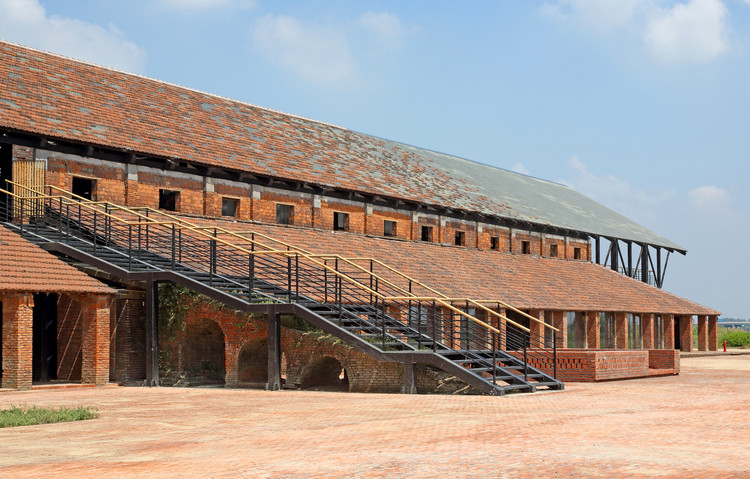 Text description provided by the architects. Zhujiadian Village in Jinxi, located in South of Kunshan city, was named Chen Grave in old days, which was the place of production of Gold Bricks for Forbidden City with Lu Grave in Suzhou. There is an unforgettable history of the artisans and the bricks in the small village. Zhujiadian looks like a lotus leaf floating on Changbai Lake, and more than ten old kilns on the east of the village. Qian Siyuan, a poet in Qing dynasty, composed “Kilns are a noble scene as a great number of fish scales shining, which always be there years and years.”

In 2014, we visit the village for the first time. The old kilns were still working with curling smoke. But with the degradation of traditional technology, more and more people went out of the village to find decent jobs while no longer fired kilns.  The village became desolate and hardly known by the outside even that the most famous village “Zhou Zhuang” was just five miles away. Therefore, the local government asked us to design how to revive Zhujiadian village.

According to the situations, Mr. Cui, who is a member of Chinese Academy of Engineering, suggest a conception about “Micro intervention”, which uses an intervention point to change the whole village. Therefore, we choose an abandoned factory in the west of the village as the intervention point, just a brick museum. So, when the point works, it can attract people here to comprehend the history of Gold Bricks, then, from west to the east, visitors will go to the old kilns on the other side of Zhujiadian. They must pass by the village and opportunities for villagers will occur, such as a shop, a café or a small inn.

To renovate the factory, we propose an idea about “Safety core”, which can keep the old appearance of the brick factory. We just put 3 cores on the upper floor inside the factory to replace the old structures, which is an exciting and daring idea. Between the cores, two reflected boxes are designed to accommodate restrooms and equipment.

To reduce the weight of roofs, we design a new product named transparent tile, which is very light. Furthermore, the new tiles can simulate the scene when we see the interior variegated space in this building at the first glance.

Inside the new building, we adopt module design methods. All the floor blocks, furnish blocks, metal blocks and equipment blocks can be exchanged to offer deferent kinds of space in a small rural building. And now, the users change the function almost every month.

As we predicted, the design is sustainable, soon the owner want to strengthen the lower basement of the factory.  They put a lot of steel arches inside the kiln space which were not suitable for the dilapidated building. We covered them with brick arches, which could be seen in the old kilns made in 200 years ago. The new brick arches Integrate a space-time tunnel which can lead us to the old days and the working scenes.

To protect the old descents where workers carried coals and water into the upper floor, we designed new steel stairs with independent basement which did no influence to the old. On the stairs, the old ramps can be seen clearly. The biggest modification to the building is the terrace to the lake where people can enjoy the beautiful scenery of Changbai Lake and you can surprise to find the old words” DIAN XI ZHUAN WA ER CHANG” on the worn wall. 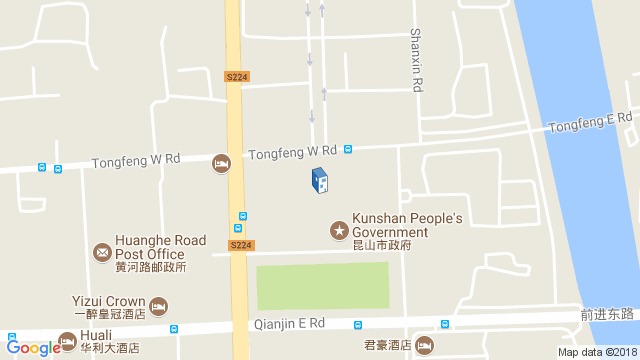 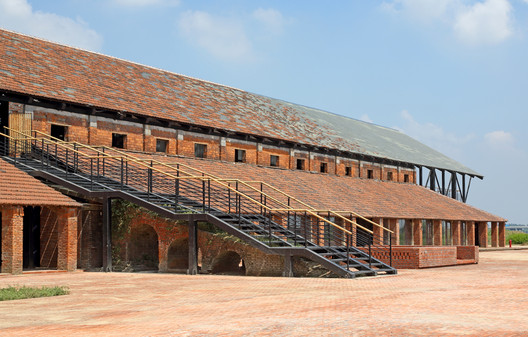