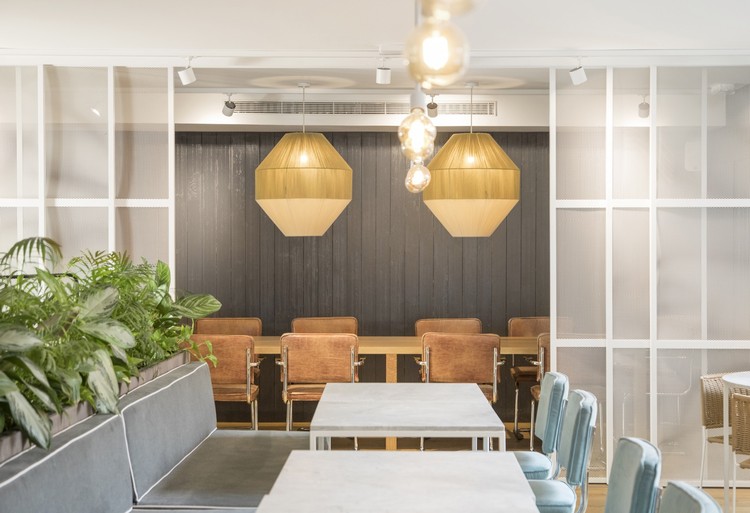 “Mediterranean way”
The Popeye restaurant and cocktail bar is located in the Les Corts district of Barcelona. They were two independent establishments that became this diaphanous and luminous space. The concept was to convey with the interior the fresh and Mediterranean essence that the restaurant menu was going to offer, and in this way, we represent it in the space through light and neutral colours, and craft production materials such as terracotta ceramics and string lamps.

The distribution of the restaurant remained as clear as possible and oriented towards the large glass facade that bathes the entire venue. The plants have a very important role in interior design. Decorating while giving privacy and distributing the different areas of the large dining room.

The use of white and blue in the façade and interior ceramics and in the details of lamps and fabrics is a nostalgic nod to the Popeye character. It is also honoured with the spinach print that has been used in the restaurant's corporate image, graphic design by Francesc Moret, and that we have applied on vinyl on the luminous ceiling of the entrance. 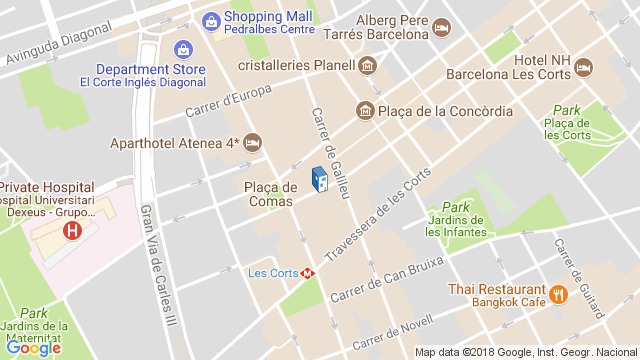