Save
The Lichen House / Schwartz and Architecture 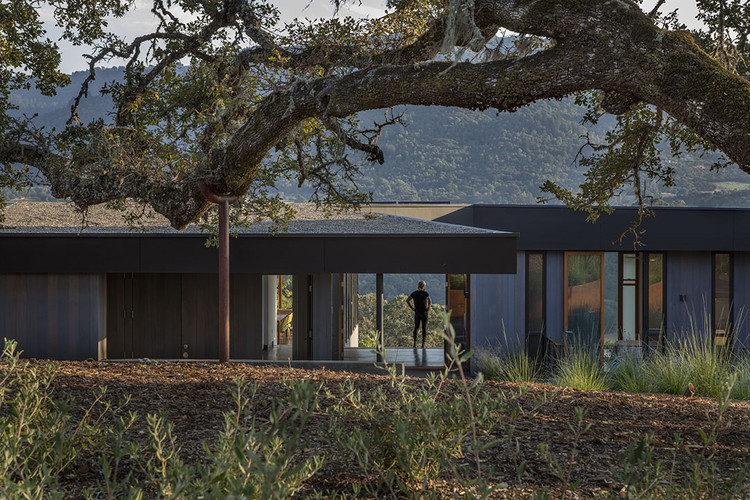 The precise relationship between lichen and its host provides inspiration for an architecture specifically tailored to its site ‐‐ both as a response to it and as an augmentation of its best attributes. The Lichen House works in concert with nature’s mechanisms, not to mimic them blindly, but to expand our understanding and experience of them through architecture.

The Lichen House nestles within the fog and oaks in the hills above California’s Sonoma Valley. The free‐ranging branches of the site’s mature live and coastal oak trees support veils of draping Ramalina Lichen that filter sunlight, capture moisture and nutrients for their hosts, and remove pollutants from the air through photosynthesis. A hypersensitive organism, Lichen retreats or dies in adverse or contaminated environments but quickly expands its net with conditions advantageous for growth. It is a bellwether for the environmental health of this unique microclimate.

Beginning with its strategic solar orientation and geometry, the Lichen House owes its form to passive thermal tactics ‐ the maximization of daylight and expansive southern views protected by a deep overhanging shade trellis. The undulating metal fin trellis is both a formal reference to the surrounding lichen’s geometry as well as a spatial reference by recreating the filtered dappled light of the lace lichen’s net. It filters the high summer sun and allows solar heat gain in the winter when the sun is low in the sky.

Integral to the concept and design of the Lichen House is a porous and breathable building envelope accepting, filtering, and processing external conditions much like the lichen that inspires the design. A south‐facing unconditioned hallway space with a series of operable windows along the private wing of the home serves as an interstitial buffer. This zone protects the sleeping quarters from direct southern exposure, dampening heat loss and heat gain while promoting natural airflow ‐ effectively minimizing the conditioned floor area and required heating/cooling loads of the house.

The home’s wings extend toward long expansive views to the south and west with the freedom to precisely dial in orientation to focal points in the landscape. Each room is then carefully tuned to its own spatial “microclimate” considering, privacy, views, solar orientation, quality of light, and air flow. A series of gardens and open spaces work in concert with each zone of the house interior. 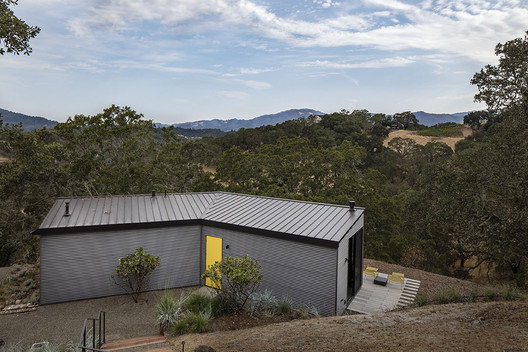 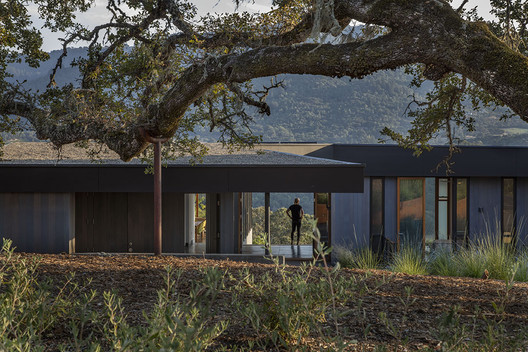