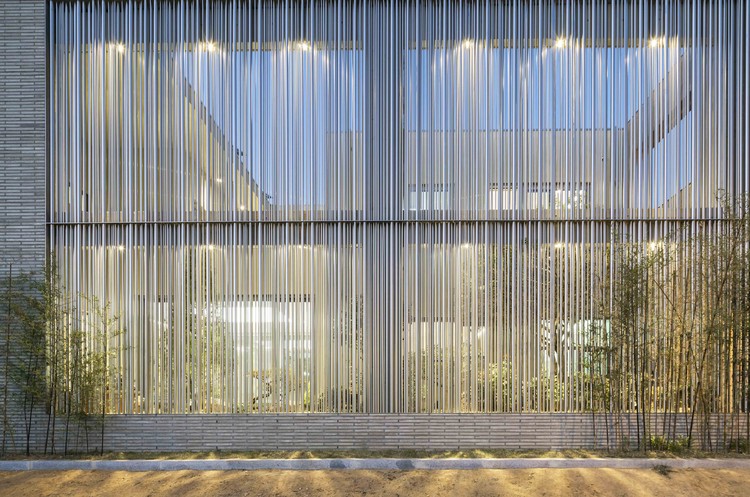 <Steel Grove> is a modern translation of a traditional Korean house in terms of how exterior spaces are composed. The mainstream housing for Koreans are “the apartments”. More than 90 percent of Korean population lives in apartments or houses that resemble apartments.These functional living machines don’t have exterior spaces. Tradition Korean houses have various exterior spaces; front yard, backyard, taenmaru (narrow wooden porch running along the outside of a room), daecheongmaru (main porch).

Each exterior spaces have different function to different rooms. Furthermore, some exterior spaces even have relations with the streets outside the fence. <Steel Grove> has various exterior spaces that resembles the characteristics of a traditional Korean house. Each exterior space relates with each other and has different function to individual rooms. When you open the main door, you enter an open roofed space, and that space is connected by an atrium to the dining room. That atrium also relates to the front garden which is connected by the living room. The front garden is also related to the 2nd floor’s deck. While most of exterior spaces in <Steel Grove> are located in-side the house and function with-in the house, the south façade and the south garden, however, tries to relate, or to communicate, with the streets of the neighbourhood.

We tried to give a sense of privacy while creating a relationship with the neighbourhood when designing the south façade, which faces a four lane road.

In order to create privacy, one needs to close a façade. In order to create a relationship, one needs to open a façade. These two characters innately contradict each other. We came up with the idea of “Steel Grove” to solve the two contradicting qualities. After many studies, the “Steel Grove” was designed in the form of a stain-less steel pipe, which not only creates a sense of privacy, but also relates to the nature and the neighbourhood. The “Steel Grove” is made of 4 different types of stain-less steel pipe. It was produced after many sample productions in order to find the most stable balance.

When we started to dig, we found a foundation for a wall from “Joseon Dynasty”. A “wall” symbolizes protection and implementation of the most advanced technology to maximize that function of protection. We tried to integrate the meaning of a “wall” in the designing process in terms of applying protection of the house from the everyday hazard and using the most advanced construction method we could find.

Throughout our careers as an architect, we met one of the best concrete construction team and the most sophisticated metalsmith team in South Korea. We were privileged to know these teams to realize the details of the “Steel Grove”. 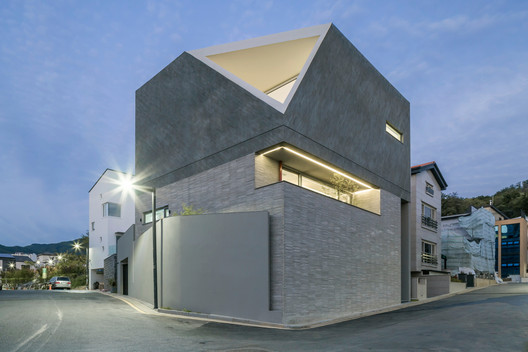