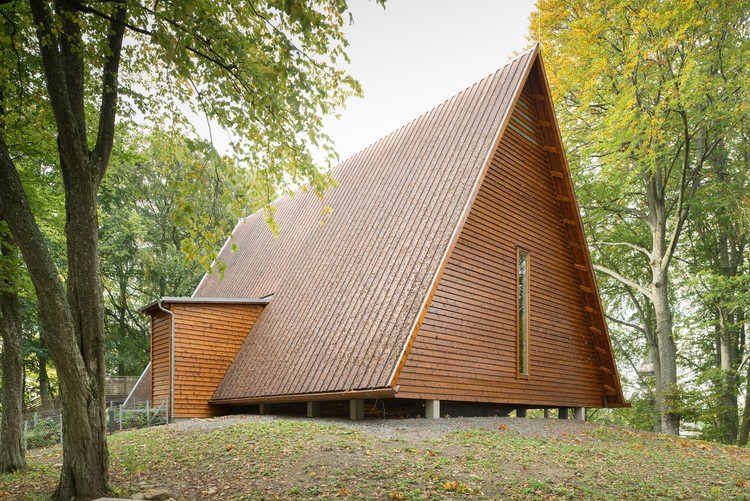 Text description provided by the architects. In 2005, excavations were initiated in a hill near Varnhems monastery church. There were found remains of a farm church from the 9th century, which testifies that Västergötland was christened 100 years earlier than was believed. The ruins are the remains of Sweden's oldest Christian church and probably even the oldest Swedish building. Kata was the woman who ruled the farm and allowed the church to be built, and that is why the place was named Kata farm. In order to make the old church accessible for visits, the church foundations with its burial sites are protected from weather and wind.

With a structure that works like a roof, the foundation is protected, but also creates a space for exhibiting and explaining the stories about the place and its history. The building is constructed of glued laminated timber beams that form an equilateral triangle in its cross-section, a timber roof truss. The timber roof trusses are placed on horizontal sill plates of glued laminated timber, which rests on a number of pillars in the ground. The sloping walls of the building are covered by pine tar treated woodroof. The room above the ground is open to see the masonry from above.

The glazed railing lets visitors see the basement. Even Kata's tomb from the mid-1000's is visible through the glazed floor from above. A breakthrough in the limestone wall reveals the incision of the foundation wall and provides access to the stone basement. An electrical lifting platform with glazed walls is installed between the basement and the roof structure as an accessible alternative to the entrance staircase. The structure above the ruin and grave is 12 meters wide, 19 meters long and 12 meters high. The building is not heated. The existing road to the monastery church has a hard surface to facilitate the visit to the ruins. In May 2017, the exhibition hall and weather protection were opened over the ruin of Sweden's oldest church. 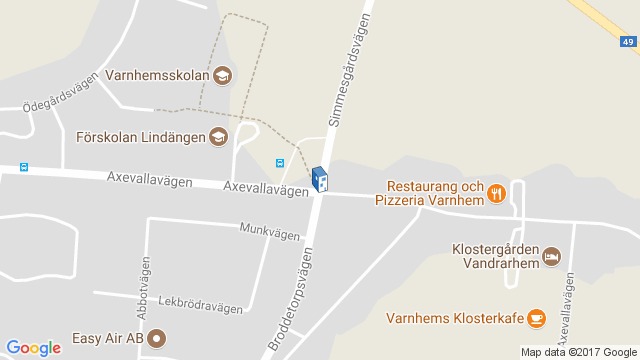 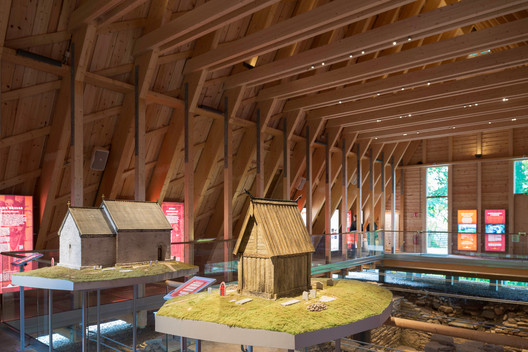