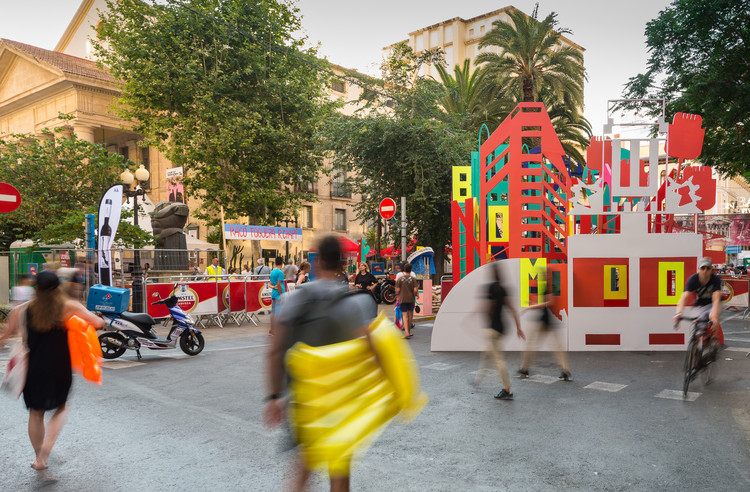 Booom City is a playful technological installation combining the Mediterranean popular stakes [Hogueras](ephemeral urban monument burned in the summer equinox night) built with traditional construction techniques with the use of new technologies to offer an expanded experience of the city through the use of an Augmented Reality App and the Smartphone. The installation reconstructs fragments of disappeared cinemas, spas, and ballrooms to be enjoyed again by the citizens, who can rediscover and interact with those places in a virtual way.

Summer boooms
Alicante is a Mediterranean city with an economy based on tourism. To accomplish a broad leisure offering to visitors and citizens, a large number of entertainment facilities have succeeded in the 20th century. In an attempt to adapt to the market demands, hundreds of buildings and infrastructures have been built and demolished regardless their heritage values. This constant renewal of also affects to small-scale installations, open-air activities, and commercial performances. Booom City presents a collection of the recreational facilities that appeared in the city between 1917 and 2017 and became the biggest summer attractions in Alicante. Each one of them was once the "boom in the summer" but suddenly disappeared without a trace.

Booom city rebuilds those structures without looking for nostalgia; it is designed for interactive and contemporary fun. The installation is located next to the Teatro Principal of Alicante and takes the form of the backstage of a theatre. Each of the five wooden panels shaping the structure compiles, catalogued by themes, an anthology of the urban constructions living up summer nights during the last century. As a result, the stake takes the form of a condensed skyline, shifting from a mere sculpture to a walkthrough interactive urban landscape, half physical-half virtual. It does not have the typical "ninots" (human-like sculptures) that use to inhabit this kind of constructions because the visitors running through the monument play their role.

An augmented reality attraction
The stake monument is designed together with a mobile application that allows for different interactions. The physical stake is the support of a parallel technological reality that can be explored with the Smartphone. Once the visitors discover the disappeared attraction structures, they can photograph themselves integrated into many different scenes and take with them a virtual souvenir of those spaces. The mobile application also allows the user to virtually locate the stake in the desired location and to shoot it with the mobile phone. Popular tradition and the memory of the disappeared heritage disseminates in social networks. As a result, Booom City has been located, as a virtual monument, in a large number of cities in Europe and America.

An ecological scene
Conceived with an ecological concern, the monument is entirely built with wooden panels, to avoid the toxic combustion of the EPS, the main material used in these constructions today. The stake stands for a compromise between leisure and ozone which shows in its own physiognomy. 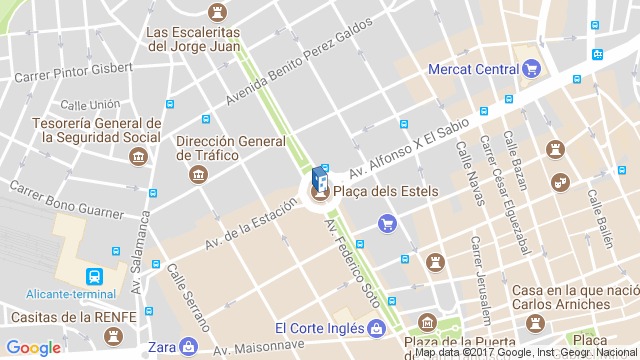