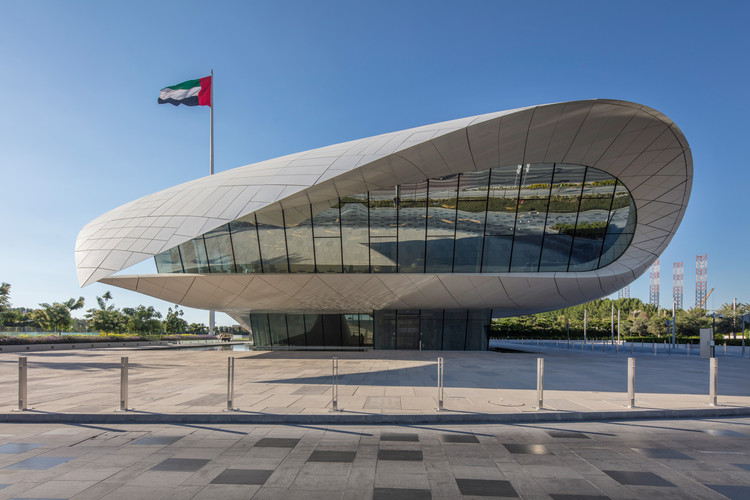 Text description provided by the architects. Located next to the historic Union House on the Dubai waterfront, the Union Museum honors the 1971 signing of the document that created the United Arab Emirates and celebrates the rich culture and history of its people. Much of the museum is underground, including permanent and temporary galleries, theatres, event spaces and archival facilities. The dramatic entrance pavilion rests lightly upon a reflecting pool and plaza, its undulating parabolic curves representing the parchment upon which the unification agreement was written and its tapering golden columns representing the pens with which the document was signed.

The travertine plaza seamlessly migrates into the pavilion, where space flows across terraced viewing platforms and through the delicate latticework of bronze Jali screens. Lightwells of varying shapes and sizes illuminate the expansive underground spaces, which in turn lead to the circular Union House, the location of the signing ceremony, and the re-created Guest House where the leaders of the seven member emirates resided during negotiations. The surrounding landscape treatment includes the re-establishment of the original 1971 shoreline of Jumeirah Beach, which is represented by a reflecting pool and sandy beachfront. 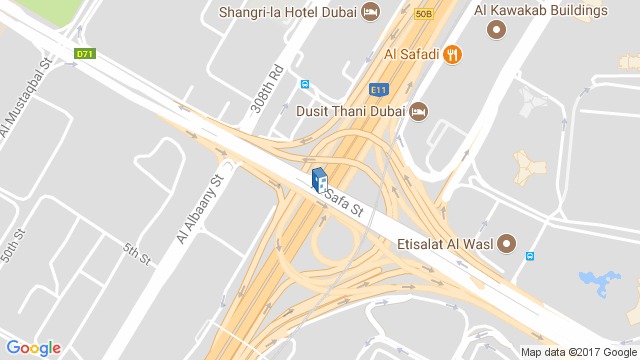 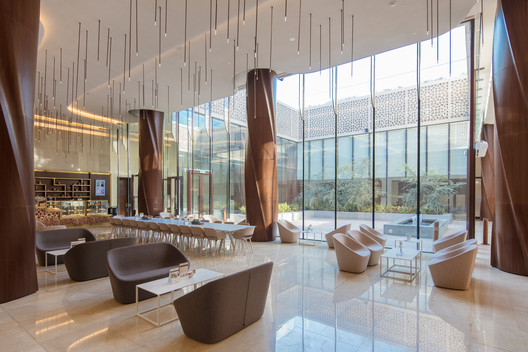 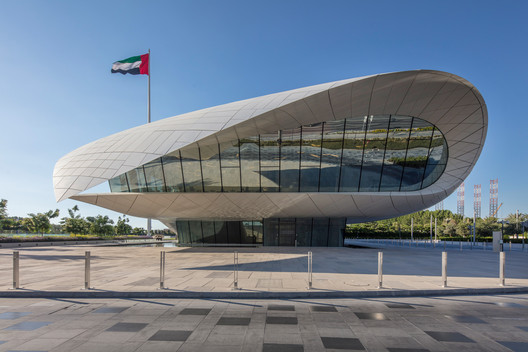