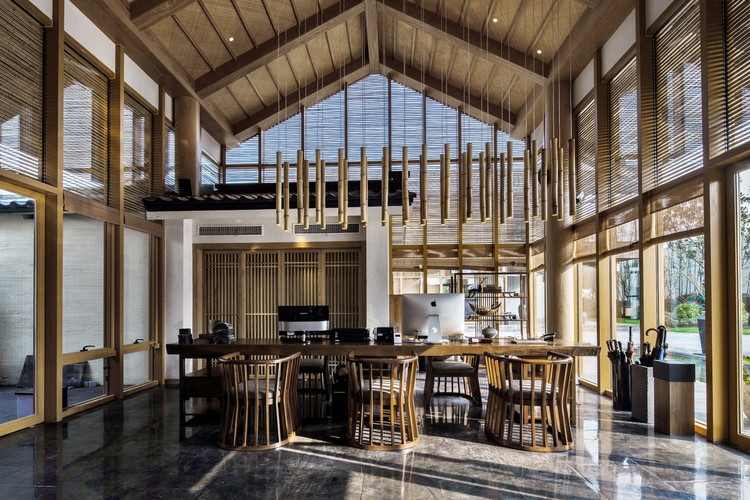 Text description provided by the architects. Jiangnan of China, has enjoyed the”earthly paradise”reputation since ancient times of its staggered rivers and lakes, vertical and horizontal waterways, small bridges and tasteful towns. A typical canal town named Jin Xi, located in the picturesque scenery of Jiangnan, known as "the hometown of Chinese folk museum" with two thousand years of history.There is an old saying here before "thirty-six bridges must have seventy-two kilns." Lots of kilns were produced golden bricks in the past, and the brick kiln culture is so profound and indispensable for the town.

Zhu Jiadian village is located on the west side of Jin Xi, still exists more than ten ancient brick kilns of Ming and Qing dynasty, although most of them have been abandoned, but a few are still in use. As the scale of production shrinks dramatically, the trend of hollowing out of the village becomes increasing seriously, the bustling land has lost the glory of the past. In order to make this historical and cultural village newborn, H DESIGN was invited to be responsible for the interior renovation of an old large-scare brick kiln including a cultural museum and a folk inn.

Brick kiln cultural museum was built along waterfront, facing the direction of Changbai swing, provides a pleasant hydrophilic environment. The ground floor is mainly planned as light dining area and a small-sized theme classroom; the first floor contains brick-cultural exhibition area, a large meeting room and other functional spaces where people can feel a relaxed, natural and tranquil spacial atmosphere.

Under the corridor of the ancient brickkiln culture hall, H DESIGN reorganized multi-functional space while preserving original architectural style, injecting new functions and formats such as water bars and conference rooms, where people can enjoy leisure time and meanwhile concerning the ductile learning of traditional culture. In the future, it will also serve as a training center for exchange of ideas among rural make-ers, boosting local rural development.

Particularly worth mentioning that is an Italian restaurant called Emanuele,located in the ground floor,the designer combined with unique geographical conditions of Jinxi’s ancient kiln to create the first klin restaurant in China setting dining area, wine cellar, cigar bar and other functions, providing a charming gathering leisure place for people.

The second phase of the project is the new-built folk inn facing brick kiln museum across the water. It totally has 10 small single buildings of 20 rooms with light steel frame system, which is the typical Jiangnan residential construction structure.

The main theme of the interior design is extended with the index of architecture, extracting Jiangnan taste, brick culture and Chinese classical garden culture, aims to achieve the harmony and unity between modernity and tradition.

To echo architectural style of the local village, the folk inn and its courtyard are designed in keeping with the surrounding environment, retaining original courtyard space and reworking the new functions.In addition, the designer puts auxiliary space turning to outside and open, creating a dynamic street space, so the streets and lanes these original traffic space can undertake a wealth of public activities.

For materials’ using,the designer chose native materials such as brick and bamboo, breakthroughly combining and matching, to embody modernity of design while return to simplicity of material.Especially,large amount of low-carbon bamboo endows the space a sense of clarity with its fresh and natural characteristics, intending to express a modern spirit that focusing on nature and humane care.

Some parts of spaces use local brick as decorative surface, to express respect for the history of Zhujiadian burning brick. In lobby area, except for using floor-to-ceiling glass, the designer set up several skylights to bring in more natural light to the interior. With time changing, light and shadow would be enjoyed indoors.The smallpox is created by

The smallpox is created by bamboo mat and wood structure, which adds a few natural and simple flavors for the whole space. Rooms are designed with various spatial layouts like tatami mansions and studys with different themed display, aim to make Jiangnan culture has a delicately extensive and profound unfolding.

Through flexible design techniques and innovative collocation ideas, the designer wishes brick kiln culture could be presented to the world in a more intelligent way, just as he said: "We hope to keep original architectural style through its internal form , meanwhile continue the connotation and value of brick culture, so that people coming and going would remember that every story of the brick kiln here. In the future, it will be stationed in more formats and become the starting point for more township and village builders. "

Brick kiln’s Newborn of JinXi Town is not only the carrier of Zhuzhian’s klin culture, but also the successor, when the first rays in the morning sun shone on the water, shining with the architecture, people can not help sighing with emotion of a city, a skill, one side smart and heritages so far. 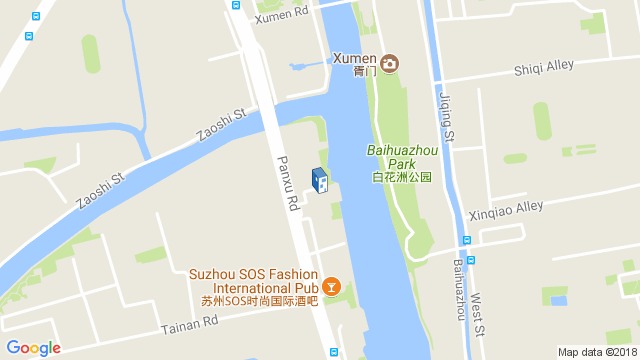 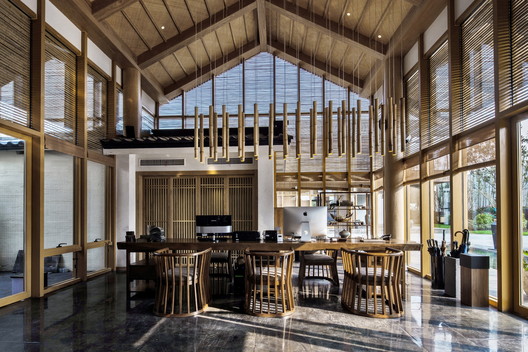