Text description provided by the architects. A project of 19 apartments from 78 to 96m2, in a building composed of two blocks of 5 levels each with a central core. The relationship between the exterior/interior is discreet by the use of windows embrasures to let natural light into the interior but not let see the privacy of the apartment from the street.

Brick latticework and large balconies are also used to protect the pristine views inside and at the same time expand the living space. The apartments on the 5th floor have direct access to a private roof garden by exterior stairs, two of them pass through the facade. It also has a common roof garden for all departments in order to take advantage of the 5th façade at 100%.

The structure of the building is made of concrete with brick walls. The bricks walls were specially made for this project with mass coloring to obtain the desired shade. Both the brick, the black enclosure, the- volcanic local Stone) floors and the tzalam doors are Mexican products. 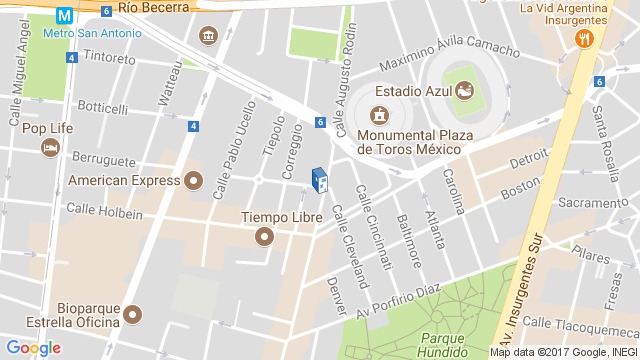 Location to be used only as a reference. It could indicate city/country but not exact address.
Share
Or
Copy
About this office
José Cortines
Office
•••
Domingo Delaroière
Office
•••
Víctor Stolkin
Office
•••