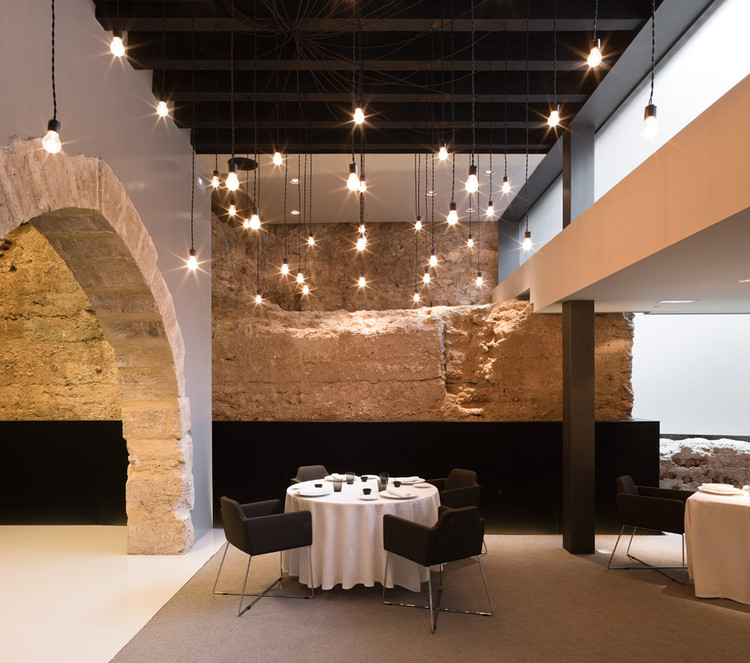 Text description provided by the architects. This boutique hotel is made up of many elements that have been revealed throughout the years. The main element in the structure is the imposing wall from Almohad age which reaches 15 metres high. The wall, dated from the 12th century, crosses the rooms in the first floor. The 19th-century staircase is important because it leads to several spaces. Next, to the staircase, there is a mosaic from the 1st century B.C., which is believed to be the oldest in the city, and a segmental arch shows us the way to the bar, continues to the lobby and to the outside deck.

The lobby leads to several spaces: the reception, integrated as a lightbox inside the original exposed brick wall; the staircase, which leads in its turn to the nearest bedrooms and library; the Sucede restaurant’s interior access –recently awarded with one Michelin star– and the public toilets, and finally, the Meta Bar and terrace on the opposite side.

Neutral materials such as resin flooring in very light colours or the arabesque marble for the counter in Meta Bar were chosen. Walls were painted the same colour as the flooring with the aim of integrating them as much as possible with the furniture designed by the studio, which interacts with other signature pieces. All the 26 bedrooms in the hotel are unique. The complexity of the space needed a different, special tratment for each rest area. 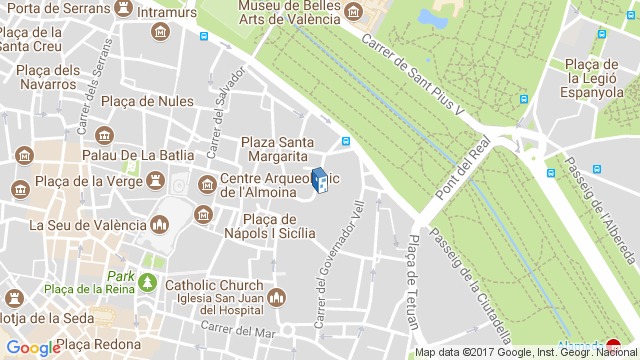