Publically funded, the $24million project features the 100 Street Funicular to transport mobility aids, strollers, and bikes, as well as a generous staircase for walking, running and lounging. Concrete sitting blocks are dispersed up the 170 steps from a promenade at the bottom. Visitors can walk along the promenade to a lookout point or ascend the stairs or funicular to the raised lookout for extensive views of the river valley. 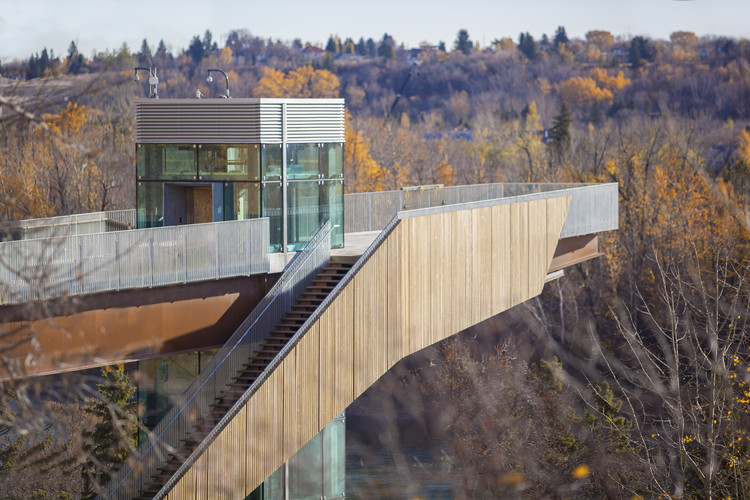 Dialog, the architecture firm who designed it, said of the project:

The materiality and overall form of the project are heavily influenced by the existing connective infrastructure of the city’s river valley system. The river valley is connected by a series of meandering wood stairs, boardwalks, and weathering steel foot bridges and this is an experience that is reinforced through the design.

Kebony wood, used on the boardwalk and as cladding, gives a warmth to the project and softens the concrete structure. Both materials were chosen for their durability, with Kebony wood designed to last six times longer than pressure-treated timber. The funicular is sure to become a popular attraction for tourists and locals alike. 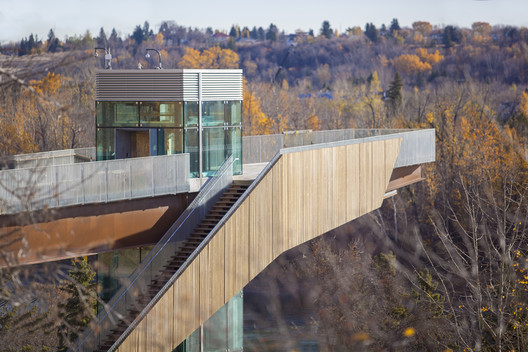