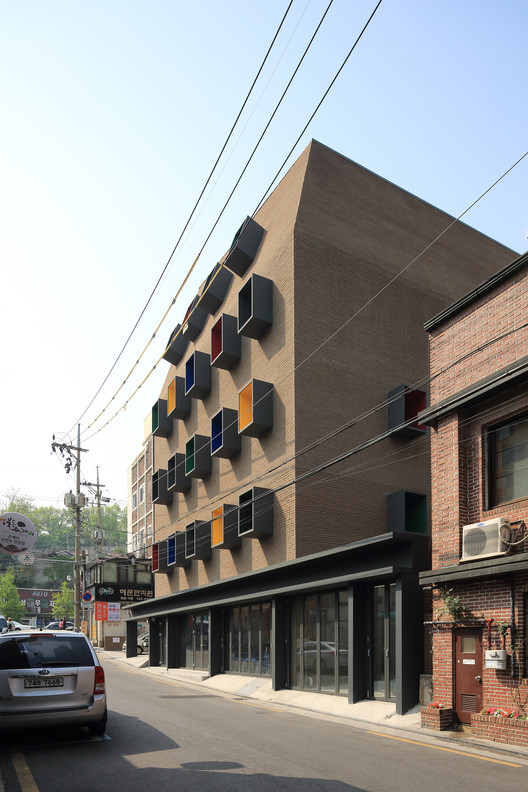 Space for shared life and service
The Raphael Center is a free medical facility for foreign workers. The task for the architect was to renovate the poorer building used as accommodation for the examination into a medical facility for foreign workers and a complex cultural space for local people. Aside from the limited budget, the biggest problem was the narrow space of the space. Most of all, we planned empty spaces without defined layouts as much as possible, in order to enable many people to stay there, designing the flow line as the form of track in order to avoid interrupting patient’s circulation.

We also planned flexible space which can be used as medical treatment space at weekends and complex cultural space for local people at weekdays. On the first floor level, a canopy has been installed along the alleyway to form a continuous urban street. The Raphael Center, aiming to become both a healing space and a cultural space, works of architecture that is part of the city, communicating with and open to the city by holding architectural pose required for public building.

The performance and overall class of the building has been improved by adding insulation to the existing wall and finishing by face bricks. The complex shape of the existing building is transformed into a simple mass and irregular windows have been replaced by square ones. Protruding eaves have been added to the windows, and the inside of the eaves have been painted in various colours standing for all people of the world. I hoped this building could present foreign workers with a cheerful look. 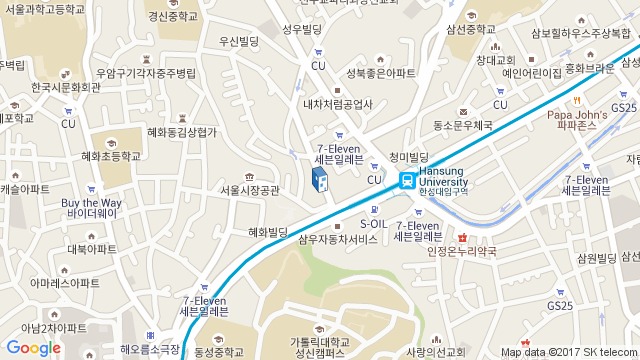