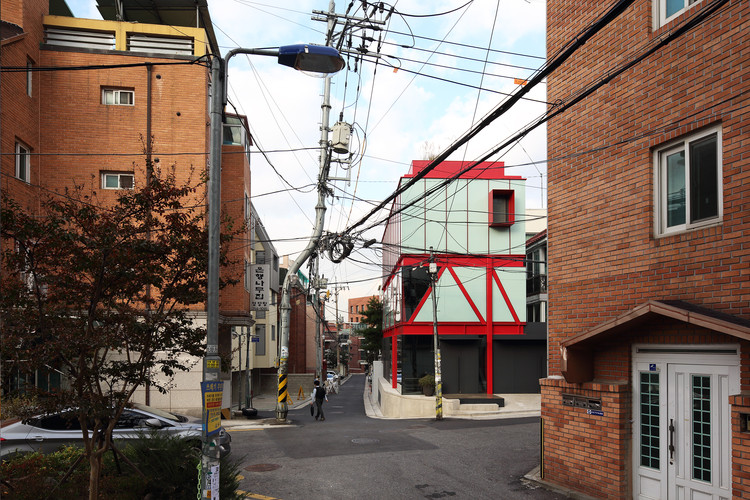 Architecture as a system.
The micro-cosmos Soyul, KYWC Architects’ first building since its establishment two decades ago is situated at the foot of Namsan (mountain). The hope of having our office in the old village, near city center, had been reflected through micro-cosmos Soyul which lies inside of the alley in Huam-dong.

Planning three floors under the height limit of 8.7m, we designed special structural system to secure the maximum ceiling height. The whole second floor is composed of a truss so that the structure members in other floors were minimized. The structural system corresponds to the building program and the proposed urban relationship. The first floor is a social space open to the city and composed of minimum structural system, with three columns and the brace. The office on the second floor, where the truss plays the role as a structure and an interior, is planned as a space without partitions.

The office on the third floor can be divided as necessary through the regular arrangement of small columns of 5X10cm. The event hall on the basement level is contained within a concrete podium formed into a plot shape. The mezzanine floor made by hanging truss from the ceiling in high event hall can play a multi-purpose role. A small garden and cozy pavilion is built on the roof top where fine view of Namsan (mountain) can be enjoyed. Each of six levels, from basement to the roof garden, has its own spatial characteristics.

The spandrel glass used for external finishing shapes the surface of whole volume and a red structural frame linearly expresses a forceful flow. With a simple outline, its elevation and the indoor space of each floor changes in a various way as each level has a different program and structural order. In micro-cosmos Soyul, I tried to complete a system of construction, program, and city-architecture as one ‘architecture’. Most of all, I wanted to put the happy life mixed with work, meeting, and play into this space. 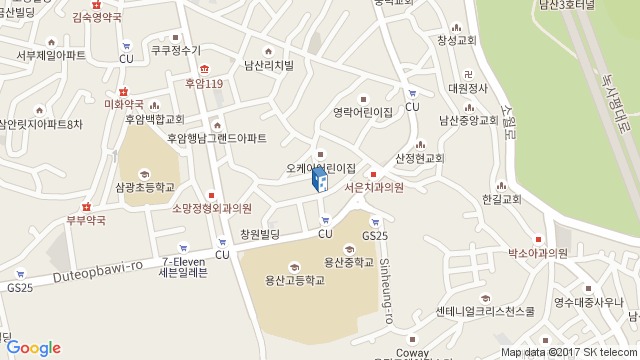 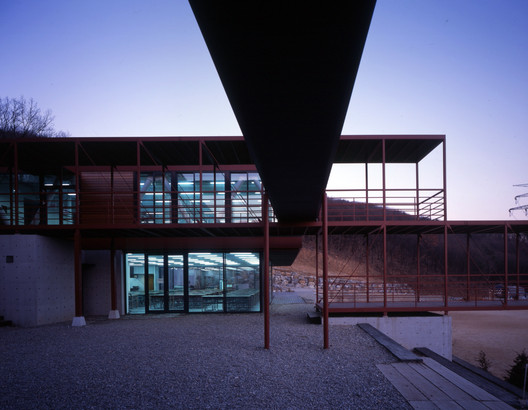 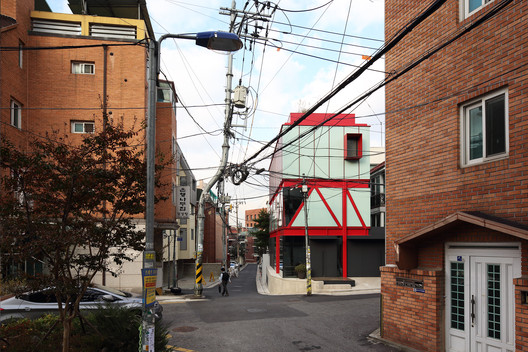