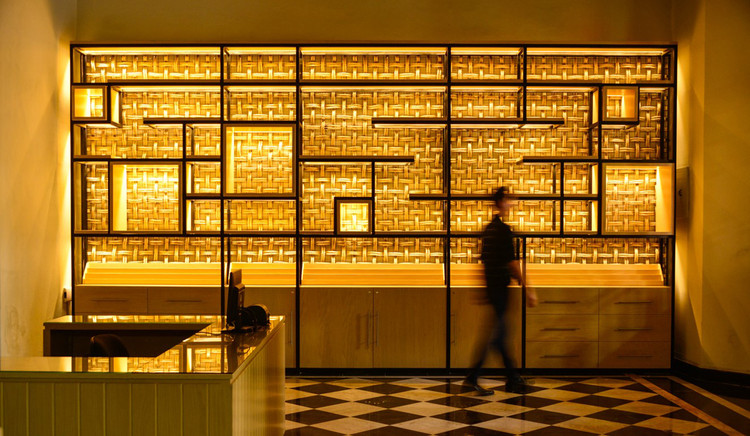 Text description provided by the architects. The proposal consists in working on the interior of a historic building in the center of Cordoba Veracruz; respecting the historical and architectural value of the building as it is located within the first city block and it is under the protection of the National Institute of Anthropology and History (INAH in Spanish). The general approach is to proceed with the second stage of the Coffee Museum in an area dedicated to Souvenirs, a Traveling Pavilion and a sensory garden, which will lead visitors to the end of the museum tour.

The architectural concept of the proposal was based on relaying the significance of coffee as a representative ICON for the city of Cordoba Veracruz and looking for a contemporary and permeable language that would work with the existing columns and serve as a guideline to generate the modular composition of the entire pavilion in its permeable structure; maintaining respect for the historical and contextual heritage that the building has as a reference for a story.

The architectural proposal of the pavilion is to propose a light space, which is visually and physically permeable and which will integrate all the elements that make up the Museum tour. The main structure is based on blacksmith modules in PTR and a natural textile braiding called "Henequen": a hard fiber from the Mexican agave leaf used for making ropes, cords and carpets; this textile replicates the fabric of the coffee sacks which due to its texture and color bring warmth to the space and also works as a bioclimatic sun block element by providing shade and directly blocking solar incidence.

All the elements that make up the pavilion such as the modules, the structure and furniture were manufactured by hand which honors the good quality of workmanship and the importance of manual labor performed by the people of Cordoba.

The Souvenirs area incorporates different modules made of wood that maintain a reticular composition inside a network system, which is highlighted by ironworks, and the modules are hierarchized by the effect caused by the textile located in the back which are highlighted by indirect light and providing warmth to the space as a result of the colors and natural textures of the materials.

Finally, the main objective of this work is to give continuity to the museography which is offered by the Coffee Museum and include a space for the people of Cordoba and Tourists who visit it, thus allowing for a longer stay during the tour and generating a true sensorial experience, a memento in the collective memory of all visitors. 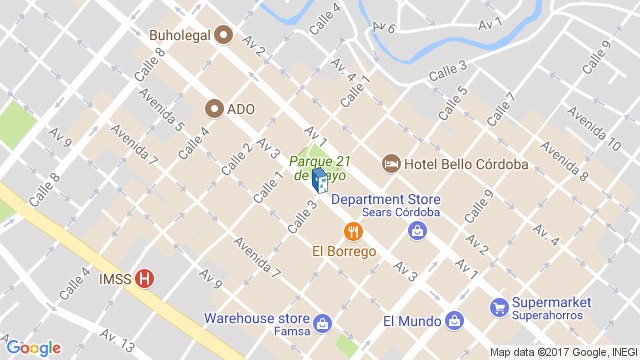 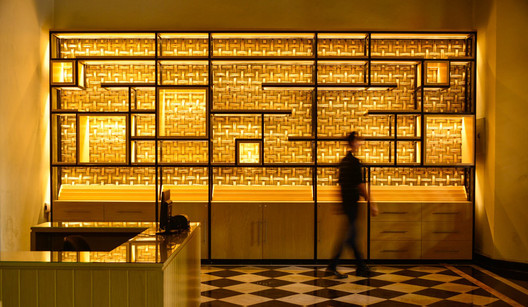