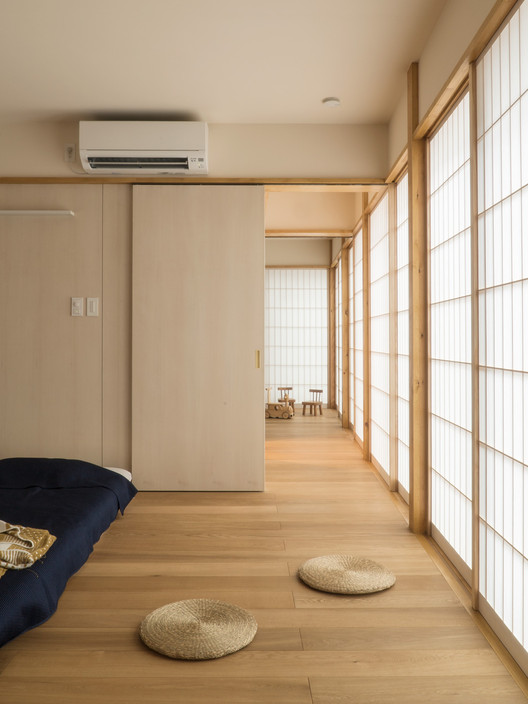 Text description provided by the architects. This overall composition is an aesthetical machine that about the co-existence of generations. As we will be removing small parts of the existing grown housing complex to divide it again, the strong and heavy stone roof will remain. In its symbolism and heritage value it is able to cultivate the in-between of the houses as it defines a covered garden as a new collective element.

In a first stage, a new single-family house has been built forming a new addition to the complex receiving its grammar from the existing surroundings. The house interprets the notion of assembling under a roof.

The joinery of elements reminds of a traditional shoji sliding system, but its reinterpretation results in the existence of a triangular absent space. This is an enigmatic element that allows reconsidering the relationship between the inside and the outside, between the functional and the plain space to live. Its distortion is able to direct our consciousness to other areas which allow another notion of privacy and collectiveness.