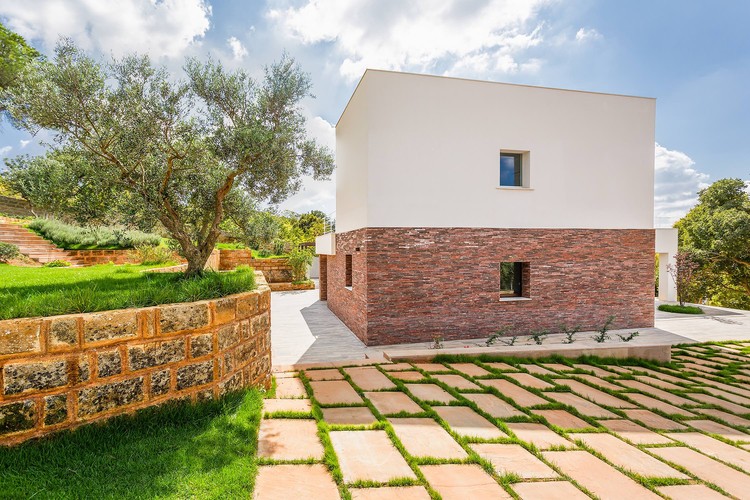 Text description provided by the architects. Nature and the relationship to the landscape play a fundamental role in this work. The architects have combined a rigorous, rational approach to the project with the expressive freedom typical of organic architecture, enhancing the relationship between inside and outside through a careful dialogue with the pre-existing environmental context.

Starting from an existing structure built in the 1980s, which was never completed and ultimately abandoned, the architects have worked by subtraction, eliminating non-significant architectural parts and restoring the building to its essential components, enhancing the plastic and spatial qualities of the existing building. The spaces have been completely reconfigured according to the needs of the new owners, defining a new architectural image starting from the search for a refined visual balance between opacity and transparency, which is clearly shown in the dynamic asymmetry of the new facades.

The house is divided into two different levels. The ground floor contains the living area and a cosy guest room, and the first floor is a living space made up of a landing, bedrooms, and two large terraces. The interior spaces are notable for their extraordinary natural brightness. The living environment on the ground floor, illuminated by a long wall made of large sliding glass doors, ensures continuity between the interior space of the house and the portico, which in summer becomes the natural continuation of the living area. 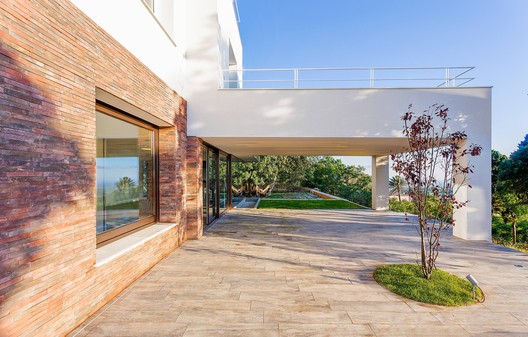