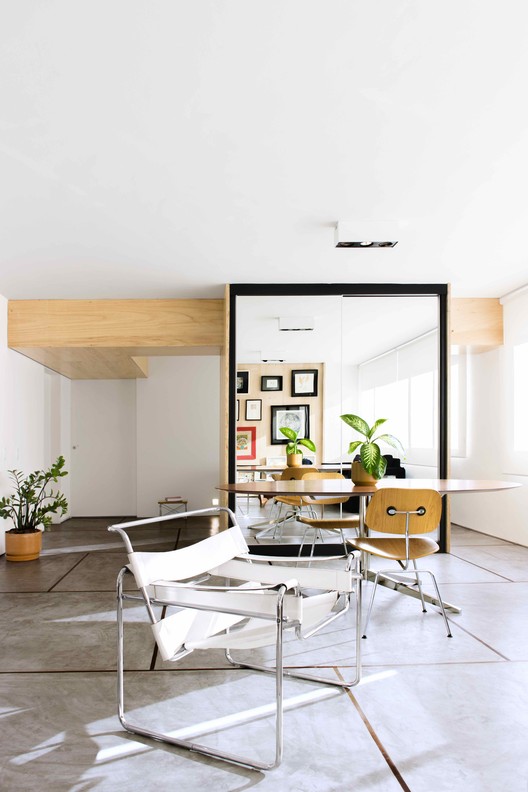 Text description provided by the architects. Situated in a building of the 80's this apartment with a floor area of 130.00 m2 was completely renovated but, at the request of the owner, kept its original space, except the Living room that was integrated into the first room creating the TV room.

A large element of clear laminated plywood sheets has been constructed, it is the articulator link of the intimate and social part with multiple functions: The plastic because it brings a new aspect to the architecture of the place, transforming it and the functional one because it covers both the beams exposed from the inner circulation as the unevenness of the room left over after demolition of two walls, an intermediate column and the sliding door rail that isolates the intimate social area. It also houses two cabinets that we reused from the previous owner's apartment adapted and painted for the new situation.

In all the social area in contrast to the wood element and in the bathrooms, we chose to use the raw cement in the floor, in the bathrooms was also applied the material in the walls and tops.

Finally, the engravings already acquired by the client were reorganized into a mural. The coffee table is the work of her parents, both were teachers of a technical school in São Paulo, the plant inherited from an aunt and the glass bottles are family collection, in fact all elements already existent and kept on demand due to the bond emotional. 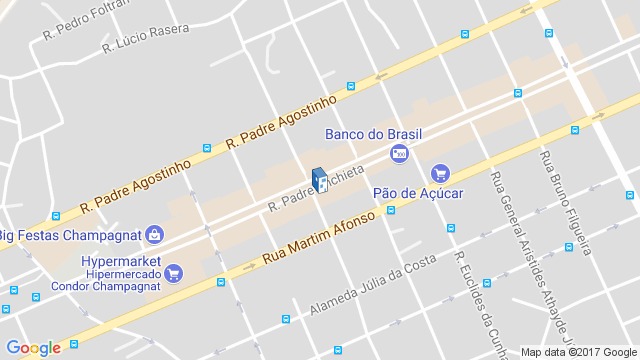