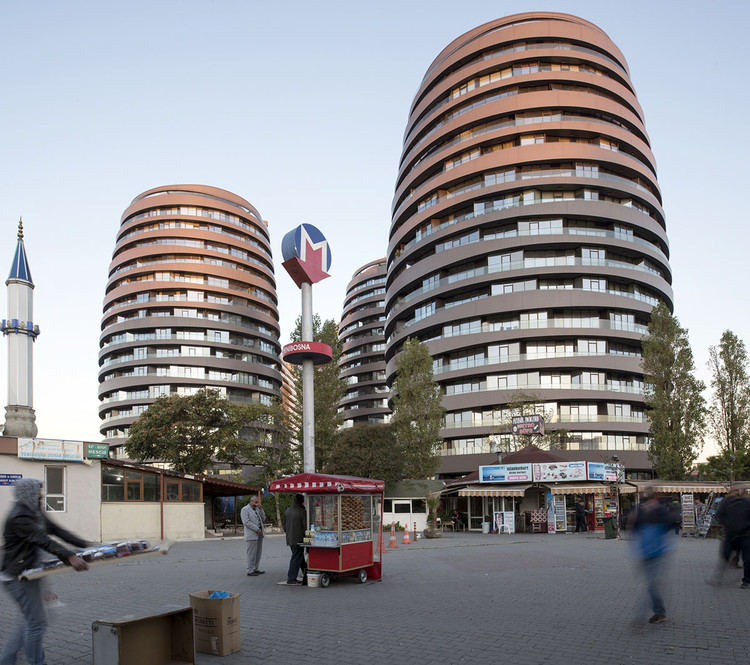 Text description provided by the architects. During the design process, we especially started the process thinking about the connection with the surrounding environment.   In order to maintain an equivalent connection in every direction with the project site being surrounded by crossroads, the E-5 motorway and connective roads have led us to work on a fluid geometry. By removing the corners fluid form enables a transitive connection both with the other structures and surrounding roads. Based on fluidity and transitive principles, elliptical geometry brings significant added value to high-density development schemes. It softens the relations in-between masses and the living units gain variable and different dynamic perspectives. In this project, we aimed for a new planning strategy in order to re-interpret the accustomed planning layout, especially in development projects.

Instead of creating a circular form, with every angle analyzed one by one an ideal elliptical geometry is formed. The shifts between floors enable the architecture to create a fluid silhouette within its environment. Selenium Atakoy is a high-density residence complex project. What we aimed for here is creating a living space formed out of a different language, unlike the usual common housing and residential projects. The project includes sports and spa areas, playgrounds for children, meeting and commercial areas which brings this concept of a living space brand new perspectives. High rise blocks in the project are formed of units with different areas. The high amount of small units architecturally requires a geometry which extends the facade. Because of this, we used the elliptical form in order to create a construct which includes different angles of vista.

The elliptical form creates larger facades unintentionally because of the way of its form works. This way the smaller units gain approximately 9.00-10.00 meters square wide facades which turns back as more light, wider vistas and a sense of a larger space. Also, the elliptical plan helps to gather the wet spaces such as bathrooms and kitchens which don’t need as much light at the back and near the core. Furthermore in Selenium Atakoy emptying the cores of the blocks allow for closed corridors to disappear and for the single facade units benefit from climatization by the central atrium void. The air-flow enters from the ground floor and moves along the atrium through all floors until it reaches the roof. 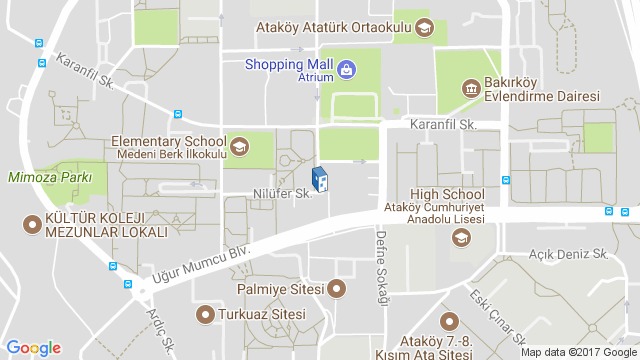 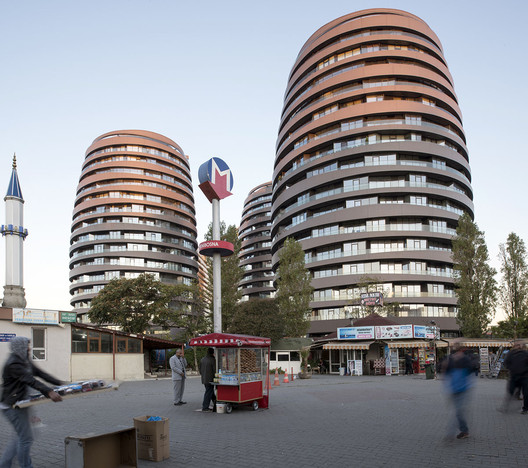