The Orchid
At the beginning of 2016 florist ‘Caladium’ was forced to replace its pavement in order to undertake works in the sanitation of the building where it is located. Taking advantage of this situation, the owners decided to entrust us with the business reform. Over the years, this store had been characterized by being a place full of vegetation but at the same time full of disparate objects, disordered and piled up in a small space with poor lighting. This situation caused that the star product of the florist, the orchid, did not have a leading role and went unnoticed among the general accumulation of flowers and objects. The intervention, which counted on scarce economic means, aimed to make this place cozier with very basic elements: air and light.

The Ladder
In the daily life of the florist, there are jobs with various tools for the preparation of bouquets or crowns, but the element that acquires more presence in the premises is definitely the ladder. Both Maria and Emilio make constant use of the ladder to access plants, pots, and flowers, arranged at different heights. The project abstracts the wooden ladder and makes it the object that shapes the new space of the florist, becoming support for the orchids, housing the facilities and indirectly shedding light to create a welcoming environment for both the client and María and Emilio, and helping, together with the glass shelves, to create a neutral background with very few elements that is able to enhance the product and its exuberance. 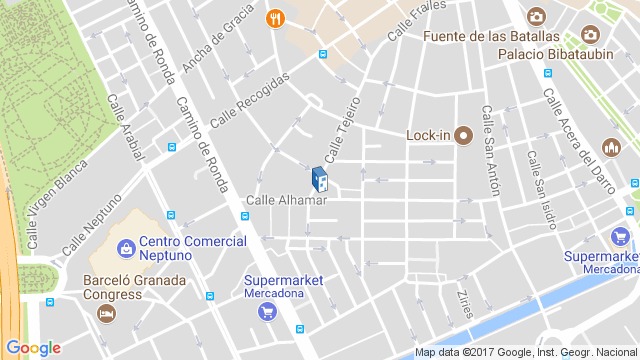 Location to be used only as a reference. It could indicate city/country but not exact address.
Share
Or
Copy
About this office
SERRANO+BAQUERO Arquitectos
Office
••• 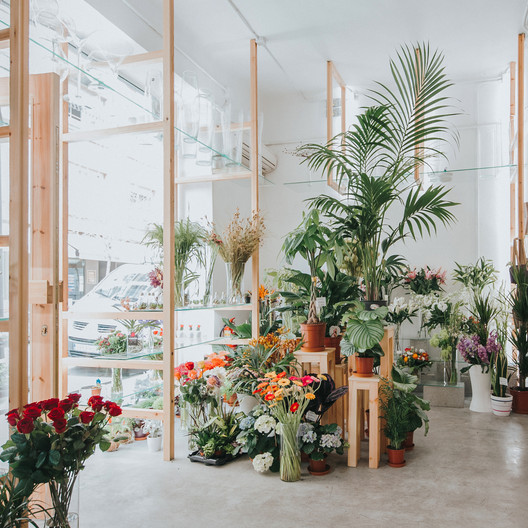