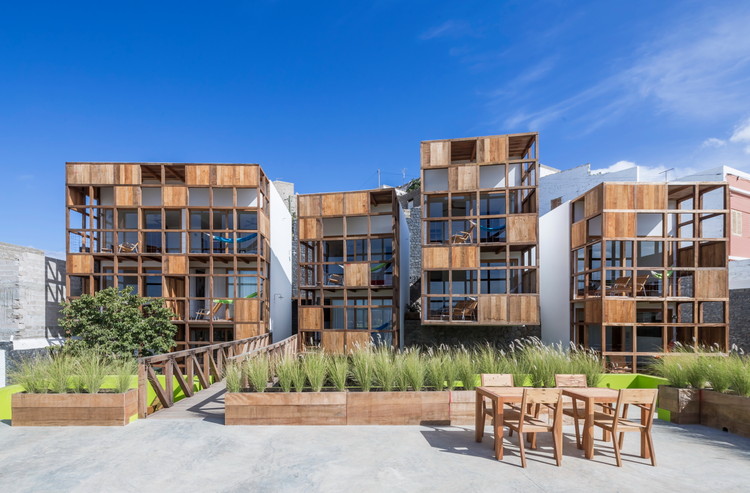 Text description provided by the architects. In the middle of the Atlantic ocean, in the island of Sao Vicente, in a dry windy island where only rain in August. A France trekking guide decides to build his own hotel for the incoming tourists that want to go trekking in the nearest mountain island of Santo Antao.

The guide bought an old colonial house on the edge of the historical center, and ask the architects that the old house has also to be the starring and part integrate of the new hotel project. Their tourists came to the island for 2-3 days passing by his hotel before taking the ferry for the other island of Santo Antao. The hotel usually for his client is the first African place where they stay. RamosCastellano Arquitectos used the same implantation philosophy of the other surrounding building, adapting the separated units to the morphology of the terrain.

Separating the buildings melting them in the built environment, creating with the mountain local's stones the path to the rooms, preparing the clients for the next destination, Santo Antao. Each block is facing a different view from the city to the bay, the verandah is studied with the solar path, trying to block the direct solar irradiation during the day, and giving a protected corner to the guest for enjoying the views.

The wind usually coming from the Sahara desert in N-E direction is mitigated by the breakfast-bar building. All the rooms opening are studied for guaranty crossed ventilation and passive climatization systems. Every solution is simplified adapting to the island lack of material and resources, simple and essential for satisfying basic needings, not for ephemeral fashion. Almost everything is handmade, employing people from the neighborhood, from the floor finishing to the furniture, trying to distribute the economy of the building construction in the social environment.

The external materials remain raw, wood for the verandah, lime puddy for the white buildings, for contrast the aggressive elements, sun, wind, sea spray. Recycled material, photovoltaic panels in the roofs, water recycling systems for the irrigation, emphasize the ecological side of the project, the blocks of the walls are made with the rocks of the terrain. The gate is made of recycled metal from the petroleum barrels, that are used locally for made doors and artisanal objects.

The furniture is designed by the Architects and the illumination systems too, using locally handcrafted, and recycled wood from electric cable coils. The old green colonial house host the owner's tourist agency, and in the other surrounding buildings 12 hotel rooms plus a suite, and a suspended on pilotis breakfast bar. The roof of the old colonial house has a central role, where guest enjoys the breakfast and the sunset. The path through the roof and the hotel rooms are made by a bridge that links them, like in an adventures movie. 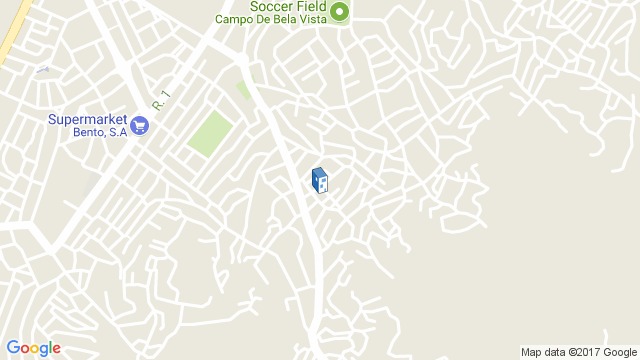 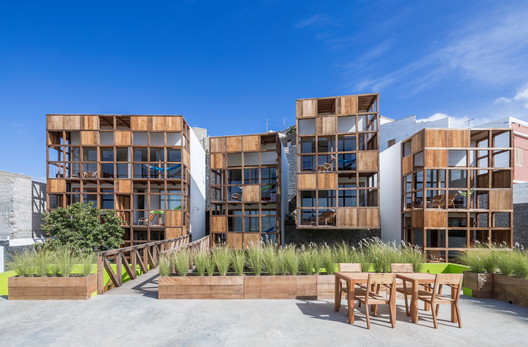