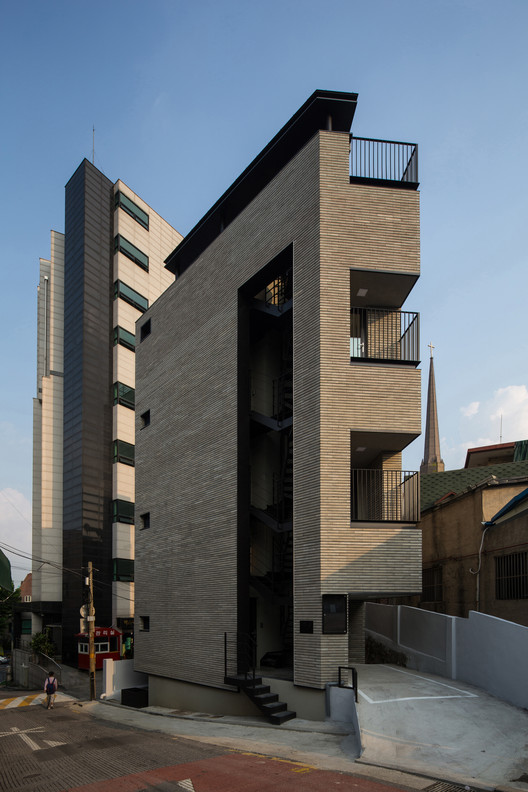 Text description provided by the architects. Micro housing K is a tiny housing which built on small site(74㎡). After applying for building to land ratio, there was left only 30㎡ for the buildable area. The architect must put essential programs contendingly on the limited area and the process was started from the first encounter with the site of the project. A small site was beside an elementary school and there was an old stationery store that became known as the longest term store in its town nearby. The store was 50 years old building, addition, it was extended thoughtlessly and illegally. The architect had to recall some design methods that can not demolish old memory of alumni of the school and village people. Like any old low rise downtown area in Seoul, his project site had complex relations with adjacent sites and it was a cause of difficulty of removal from the old store. And it had a slight slope on its long edge, so architect had to have a method of application for slope inclined site.

The usual type of tiny houses in Korea was composed one house for one family. However micro housing K has a housing for the client, photographic studio, and two rental units. And there was various architectural attempts overcoming limitation of floor area. First, using properties of the inclined site, architect designed a basement floor with sunken garden. Total floor area ratio does not include an area of the basement, and its two whole exterior walls face with the outside air because the site was inclined. Second, architect designed ground floors as a multi-stage module for procuring effectiveness of usability. Especially in rental units, architect designed wide toilet and shower room, big kitchen area and two attics on the other side.

Those were some spatial solutions of lifestyle for young age lessee of this tiny housing. Nevertheless, these advantages, the method of the multi-stage module made this building high and it caused a bad proportion of its external design. Architect tried to overcome it with exterior design and selection of material. Main external material (long concrete block) was stacked widthways for emphasize of horizontal effect. Addition, metal canopy on rooftop was designed darkly for restraining vertical scope of its volume. Those solutions of external design were also an attempt of incorporation our new building design with an old scenery of client’s town. The openings of building surface were minimized and simplified. External material and color of paint have had a property of calm and cool for socializing with old buildings. The design was based on architect’s conviction that tiny housing has to melt naturally into existing cityscape. Because tiny housing equates to trace which be made on crevice of dense city space. 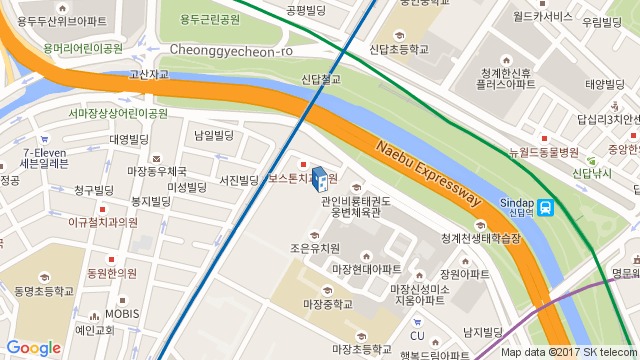 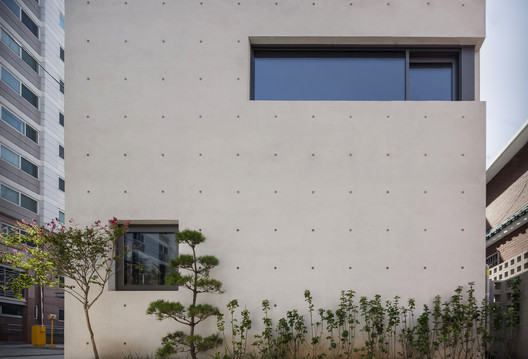