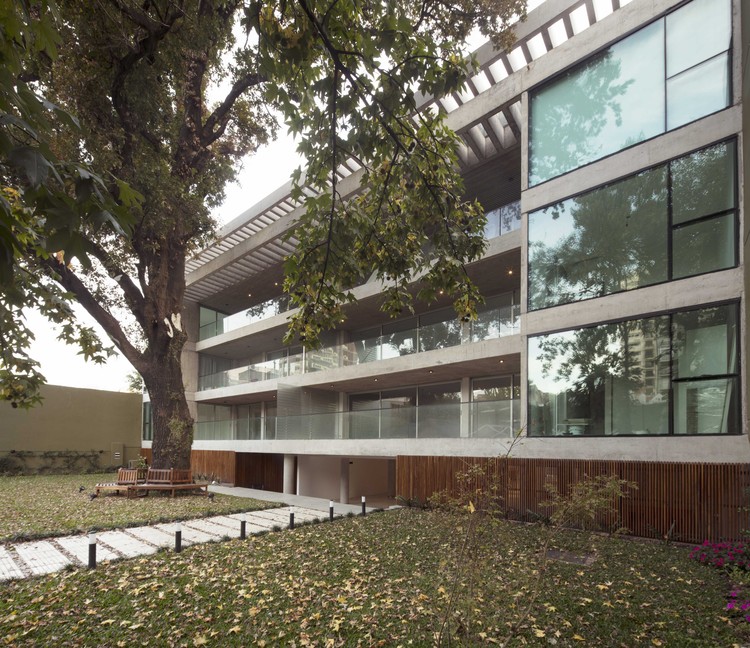 Text description provided by the architects. In a large plot of land in the neighborhood of Belgrano, a low-scale building project, intended for multifamily housing, that typologically alternates 15 units of various sizes. The architectural structure is developed looking for the preservation of a special inherited element: an old oak near the internal front line. A specially designed core achieves four units per floor, all with private palier in the type plants (1st to 3rd). In the front, three-bedroom units with wide living rooms are developed and the back-side presents units of 4 bedrooms and large terraces.The latter is removed from the second floor to make room for the existing oak. As the final finish of the project, retreats and outdoor terraces generate diverse external situations.On the fourth floor, the front retreat conceives a single three-bedroom apartment with a desk and a horizontally elongated living room. While two three-bedroom units with their own terraces are developed to the quiet part of the building.

The interior design offers free and bright spaces, generating a sense of spaciousness, functionalism, and comfort. In the ground floor and subsoil there are 24 parking spaces and at the end of the lot, a complementary construction of picturesque character is put in value, functionalizing it to serve as support to the existing pool. The front facade is proposed to strengthen the horizontal proportion of the building through a concrete grid that emphasizes the horizontal lines and a neutral and uniform ground floor enclosure in all its extension. In the quiet part of the building the same criterion is used, but generating a withdrawal of the expansions that leaves the protagonist to the oak. 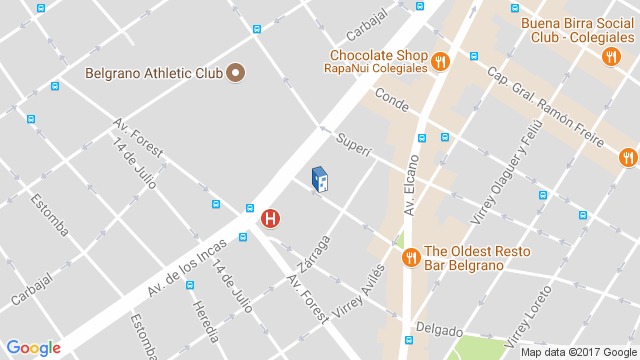