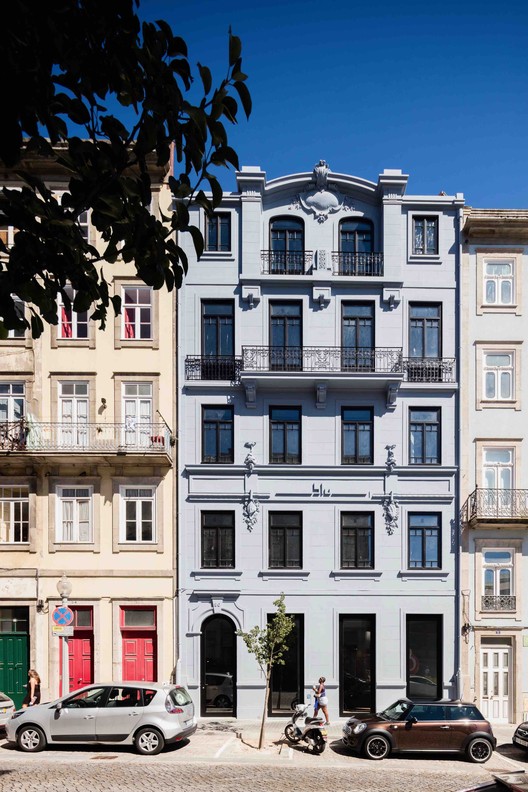 Text description provided by the architects. Rehabilitation of a Housing and Commerce building, built in the 19th century for the Insurance Company Ultramarina, transforming it into a Hotel.

Located in the historic area of Porto, classified as Cultural Heritage of Humanity by Unesco.

The project had respect for all the heritage elements that define and characterize the building, and where when possible used and enhanced, such as the main façade and some interior wood work. It improved thermal, acoustic and accessibility comfort by introducing new window frames, new insulation and a new staircase that replaces the two previously existing ones, articulating the vertical communications in a single point in the center of the building and adding an elevator. It was not, however, inseparable from the adaptation to the new Hotel program, there was a complete overhaul of the interior divisions and a clear intention to mark the time of its intervention.

The blue color that derives from the "BLU" philosophy applied to the whole building, was used in the interior and exterior through painting and micro-cement, being only punctuated by the wood of the pavements, some reutilized from the original construction and some new elements in black.