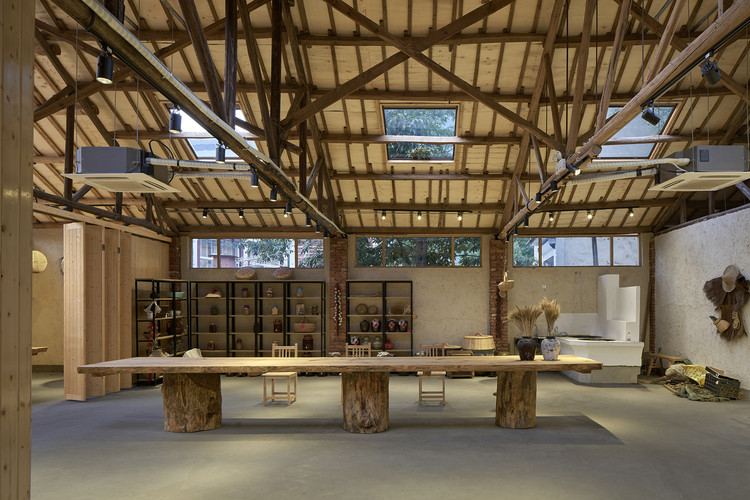 Location and Status quo
Situated to the northwest of Hangzhou’s main urban area with a distance of about 60 kilometers, Chuan Village of Shanchuan Town, Anji County has an altitude of around 220 meters. It is surrounded by mountains, which makes a basin form in the middle part. With a stream crossing through the village, the flowing water has been in no absence for years and there are over one thousand mu of fertile fields. Before the village lies a meandering narrow path, of which one side is a bamboo grove and the other is the stream. And the sights will be broadened after finishing the path.

Limitations and Creations
Three questions were raised by us according to the status quo: first, how to utilize the factual resources properly; second, how to integrate the scenery which contains mountains and waters; third, how to introduce the village characteristics into the building.

To avoid mutual interference, the sides close to the residential area are limited in the number of windows, that is, a bigger window can only be set over 1.3 meters high on the wall which approaches the road. When sitting in the house, a person will not be bothered by the noise of the road, but the scenery across the road can still be appreciated.

We tried to set more roof windows in a large space, which makes the most of the scenery be introduced into the house, and the interference to the houses around can be reduced as much as possible.

Some senior craftsmen of the village were invited by us to present their ideas. Also, we took the local material and collected the red bricks which were left by the villagers for the house building, and we made the building surface by using the local yellow-mud technique. In addition, the doors and windows were made by the carpenters at present. Because of the use of the local material, this house seems to be natural and simple with a combination with the scenery.

Adorning-free Design
A roof window was set every two pillars to introduce more mountain sights around except for lighting. As the core functional space for this village memory house, it offers people the feeling of combining the natural scenery, traditional techniques and modern life.

The internal space is plain and natural, whose walls are the same inside and outside, and the floor has been polished with cements, while the roof remains the beauty of the original wooden frame. The decoration also takes the wood in the main, which can integrate the building and the internal space.

Low-cost Design Attempt and Challenges
The architect will work on the scene to help the craftsmen figure out some basic aesthetics as the proportion and scale for much time. The project was going quite smoothly as the cement workers and carpenters were familiar with the material and building methods, and we only spent less than three months finishing the project and putting it into use.

Conclusion
Comparing with urban items, people would feel it more relaxing and natural to create rural items. The villagers and tourists have been gradually taking part in the activities of the house since its opening. There will be a party for every festival and it has also become a play land for children. Thus, the village memory house not only displays the tradition, but also delivers the new life! 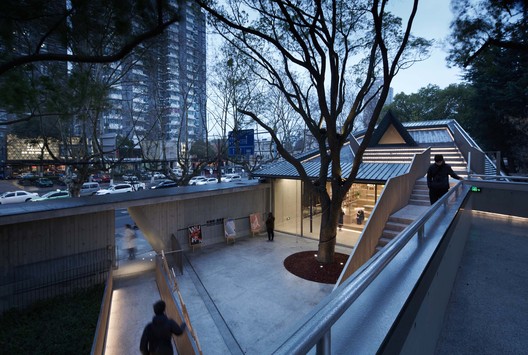 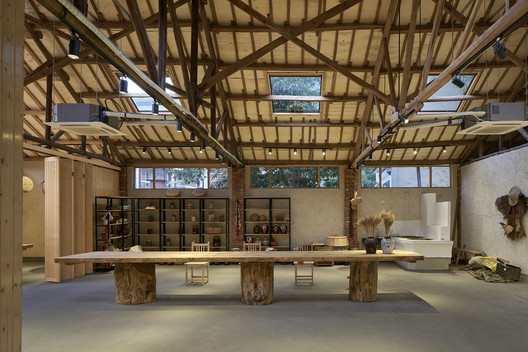