Save
House on Adeline Street / Yale School of Architecture 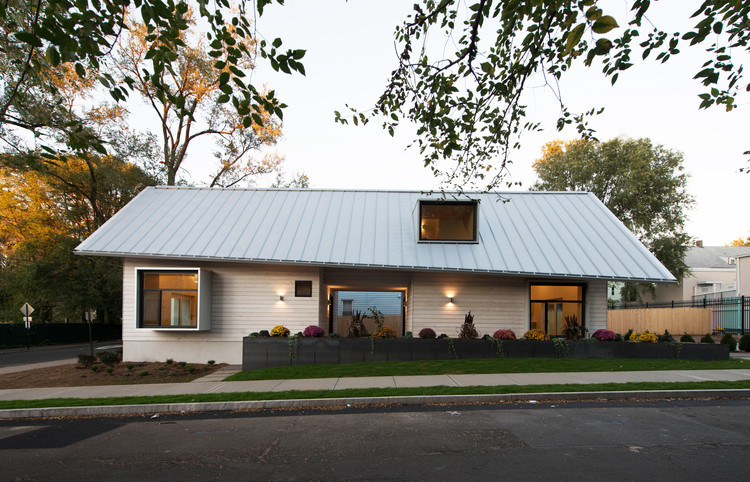 Text description provided by the architects. Students of the Yale School of Architecture have unveiled the latest iteration of the Jim Vlock First Year Building Project: a two-family house in New Haven, Connecticut. The house, sited on a formerly vacant corner lot on Adeline Street, features two units that are separated by a walkway, but under the same roof, and adorned with large windows that balance the needs of openness and privacy. This year’s Jim Vlock First Year Building Project is the first house built as part of a five-year collaboration with Columbus House, a New Haven-based homelessness services provider.

Columbus House will select two tenants for the house on Adeline Street: a single tenant for the efficiency unit and a small family for the two-bedroom unit. Much of the house — including dormers, window frames, stairs, and cabinetry — was prefabricated in eight-foot modules in a warehouse on Yale’s West Campus, shortening the amount of time needed for construction on site. Prefabrication places a higher premium on planning, and students had to work down to the level of nails and fasteners to address issues that could normally be dealt within the process of building.

This past spring, teams of students collaborated on different designs for the house, with emphasis on the need to prefabricate at least some components of their projects. One of these teams was then selected to take its design to the next stage: figuring out the various drawings and details that would be needed for construction. This year’s house marks the 50th project built by first-year students in the Yale School of Architecture’s professional degree program. Since it started in 1967, the building project has produced structures for communities around New Haven, including the Bridgeport band shell, pavilions in East Rock Park and Lighthouse Point Park, and since 1989, affordable housing units for over 30 families. 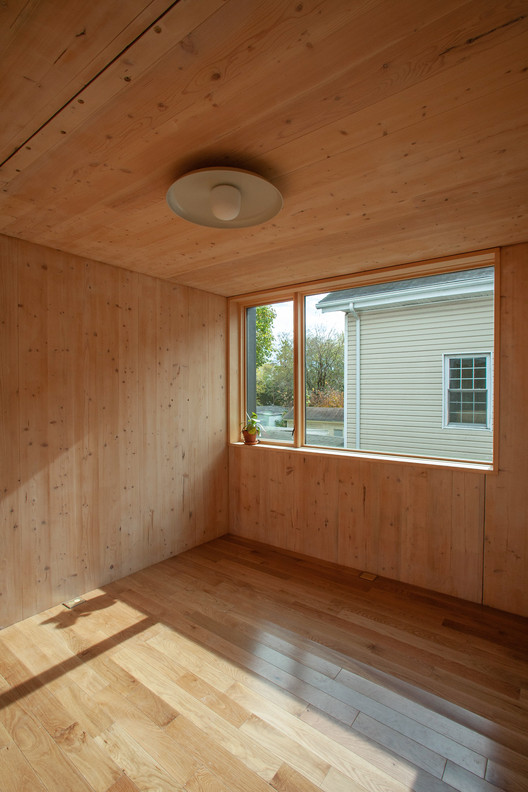 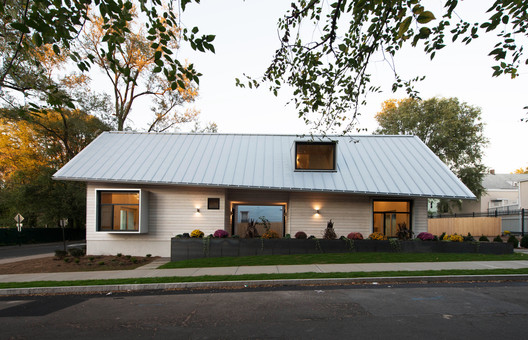