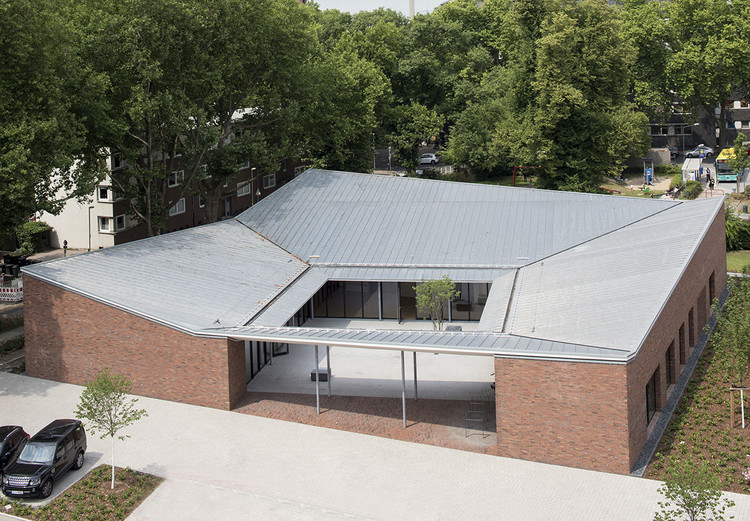 Text description provided by the architects. Our architectural concept interprets the new center as a place of community. The central space of the new building is a courtyard that is framed on three sides, which opens to the south and hence formulates an inviting gesture. The slight twisting of the floor plan from the given order refers to the church and opens a dialogue with the spiritual gathering place of the congregation. The clear shape of the floor plan and the sculptural roof landscape makes the community center a strong solitaire in the wide urban space of the Mallinckrodtplatz. It uses the stage given to demonstrate its importance in the urban realm as a place of the community next to its large neighbours the church and the hospital.

The outer facade is made of brick referring to the neighbouring church. The inner facade fronting the courtyard is transparent, made of glass and structured by several doors allowing an easy transition between indoor and outdoor in the summer. The corridors are oriented towards the courtyard hence appear open and light.

The coming and going, the entrance and exiting through the courtyard and the corridors allow communication and encounter. The three wings of the building host three different uses: the eastern wing hosts the youth area, the northern wing the gathering spaces, and the western wing the office and the charity shop. The layout of the different spaces along the ground floor makes the house barrier-free in all areas. 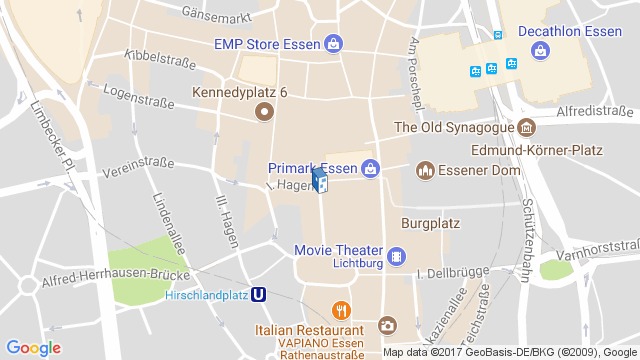 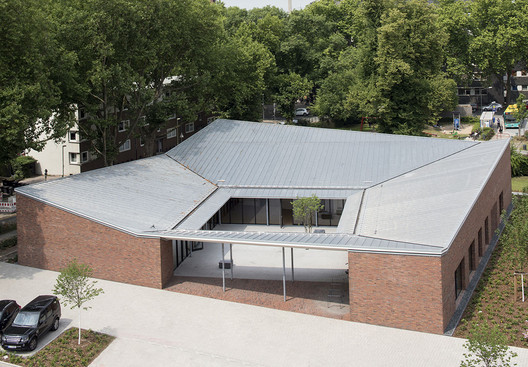