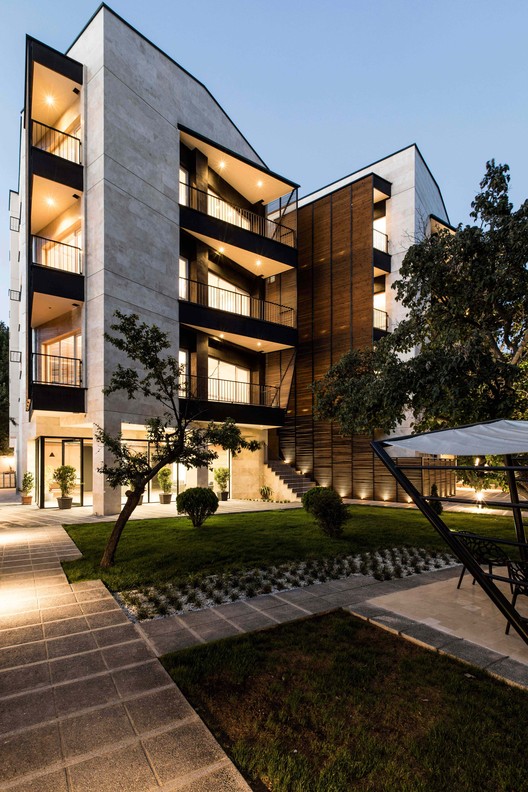 Mehrshar is arguably the last remnant of the old garden-city texture of Karaj. Although during the recent years, because of the unlimited urban constructions and the growth of the population, the lifestyle in this district has changed almost to the point of destruction of its old roots and if we consider the history of the changes in this district during the recent years, it would not be hard to predict the melancholy end of this pearl of an urban design.

Therefore, the project of 111 street is an opportunity to change this course of inappropriate constructions and introduce a better pattern of population and building density in Mehrshahr with designing a companionship between the building mass and the yards and green spaces.

Thus, in the residential project of 111, the idea was formed based on the development and preservation of the green axis, and the recreation of the lifestyle of Mehrshahr which has several components.

Of the characteristics of the houses in Mehrshahr are:

-Spatial independence and the border of the adjacent residential units

-Spatial diversity in the houses

The green axis of the 111 street, as one of the main networks of Mehrshahr, penetrates and spreads throughout the complex. This green structure, in a way, resembles the old garden-alleys with green spots that border-lined between adjacent units and resulted in a coexistence between the green spaces and residential spaces that defiantly improved both.

Green spaces and gardens are one of the main elements of the Mehrshahr residential complex. Therefore the locating of the mass in the green yard was one of the main challenges of this project. Not only is the mass challenge solved with the consideration of old trees and valuable vegetation but also the whole project is designed in a way that causes the least harm possible to this green spaces in the yard.

In addition and for the development of the green spaces…

In addition to the view problem, the rotation of southern apartment has provided a great opportunity for supplying the light and the direct view of northern buildings. Although this apartment is located in the northern area of the complex, it has direct view to the main street and the green space of the city and also with the opening of its southern front, the possibility of direct lighting by the sun has appeared.

Overall, the apartment of 111 street can be considered as the encounter of green layers with the axes of view and the sunlight.

Also, we have tried, by using network connections and access between the spaces in the internal space of the buildings to add diverse spaces into the life of the residents. The kitchen is located at the center of mass of the plan and the rest of the personal and public spaces have been scattered around the mass. The spatial diversity has become the embodiment of diverse activities and the house has provided a flexible coexistence of usability and spatial design for the residents. 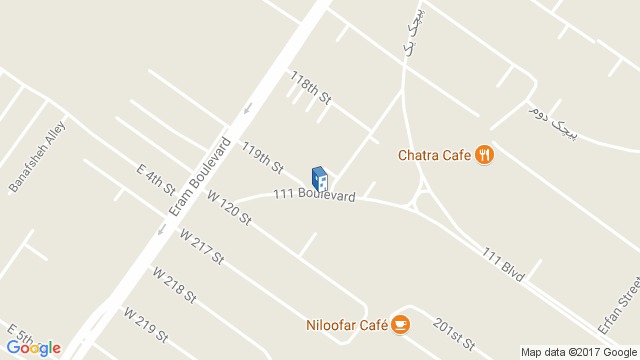 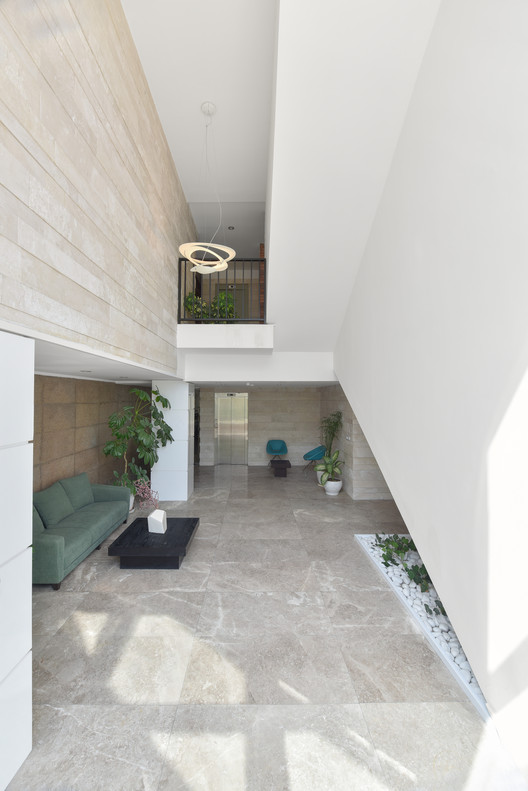