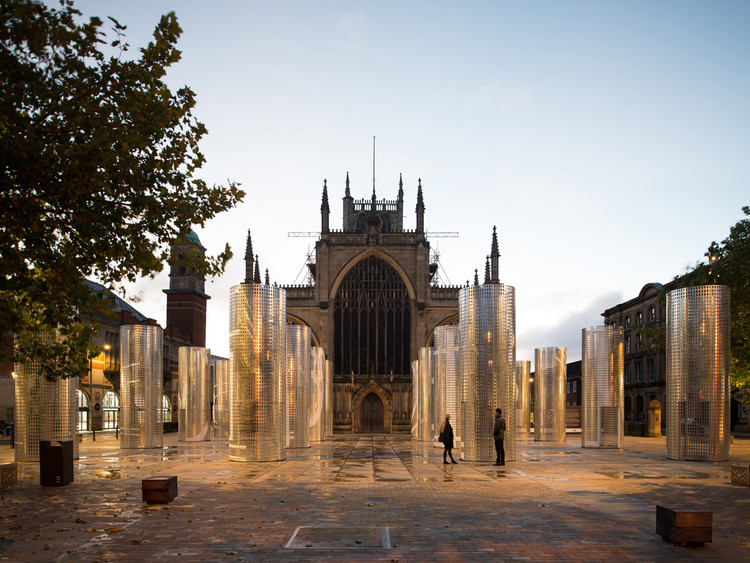 Text description provided by the architects. This is a temporary hypostyle room without a roof, with massive but almost immaterial columns barely open to the sky and to the immediate surroundings.

The visual and functional continuity of the empty stone paved square, even the frontal alignment to the medieval church, is challenged by the size and disposition of a regular open grid.

By means of a vague distinction between land-art and op-art, the monotonous system of sixteen columns is activating multiple perspectives of a historically confined public space.

With two meters in diameter and six meters in height, every column is in fact an inhabitable room with a single entrance pointed to a different direction. The subtle confinement is diluted by a texture of rectangular cuts that oscillate between figure and ground.

The silent vibration of glimmering lights and shadows, together with the very indifference of the grid, is altered by three delicate motives drawn in the air by Swiss artist Felice Varini, which can only be seen towards precise vanishing points.

These bidimensional white drawings, directly painted on the frosted-like galvanized steel plates, as floating ghosts, are free forms overlapping their complexity in the central axis of the church’s nave.

Robust yet fragile, the industrial character of the surfaces is confused by the hand made painting. Thus the distinction between structural and decorative seems to be eroded. At least as a semantic problem, every column becomes a supporting pillar and every pillar an ornamental column. 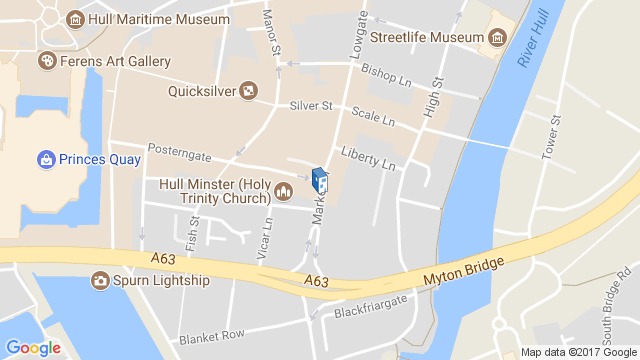 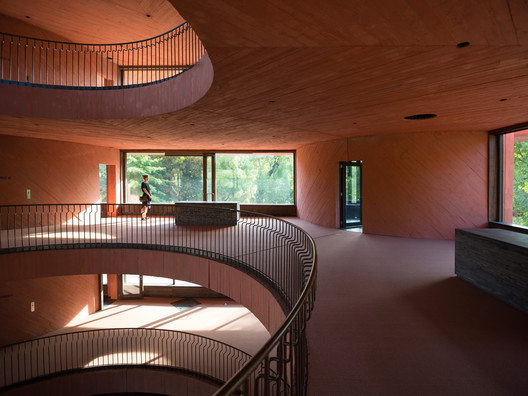 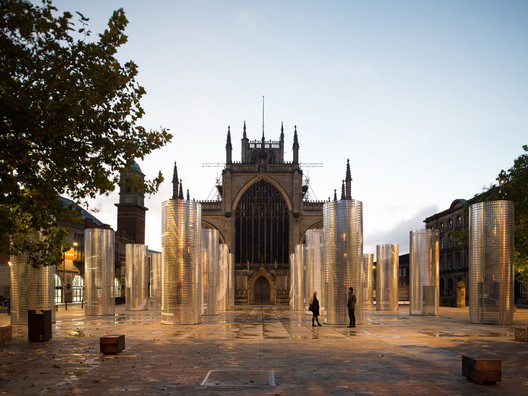