Save
Offices and Shops in Lille / Atelier TARABUSI 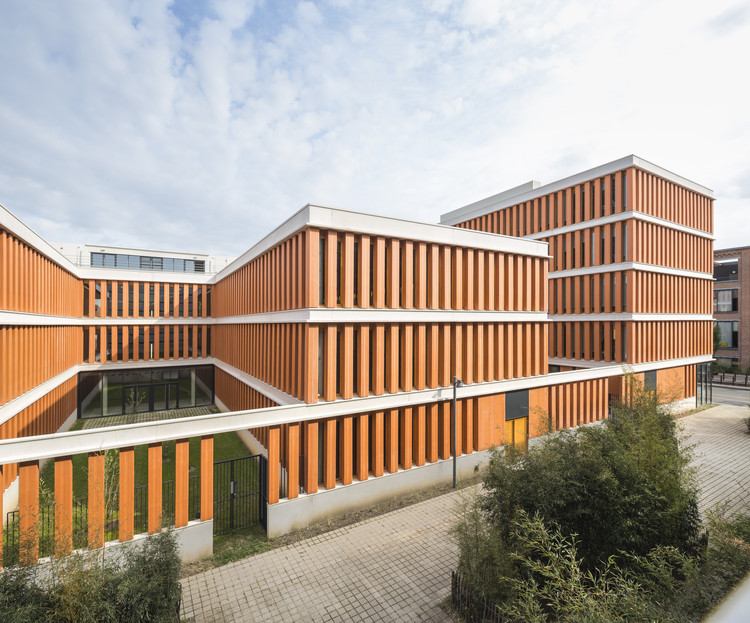 Text description provided by the architects. The Doge, a 5,100 square meter office building, intended to welcome young startups, is situated in the joint development zone of Rives de la Haute Deûle in Lille, in the heart of EuraTechnologies. The architectural competition in 2011 imposed a strict limitation, requiring the use of terracotta, historic materials from the immediate surroundings and the region. The structure designed by Atelier Tarabusi, and handed over in 2017, proposes an unexpected, inventive and pertinent architectural approach. Just across from the old Le Blan-Lafont factory, the environment is characterized by the presence of large industrial buildings, which are either rehabilitated or undergoing transformation; and by the small scale strips of workers housing.

More recently, urban planning linked to the Haute Deûle joint development zone has introduced a rich array of intermediate-size structures to the area. With a few exceptions, only one material, terracotta, available in various forms, unifies and connects the different volumes, programs and periods, within this urban diversity. Eager to offer something other than a brick-clad concrete building, Paolo Tarabusi’s unique design choice was to make use of a line of building elements from “monolithic” terracotta, sorts of one story high, giant hollow bricks, typically used for farm buildings and individual houses.

In collaboration with the manufacturer, and through some minimal adjustments in the production chain, a 33 x 20 x 280-centimeters bricks were designed and produced for this project. 1,500 self- supporting, bricks, evenly separated by as many glass panes, give the facade its rhythm, its porous appearance, and its both massive and perforated look. An ingenious assembly system allowed to quickly install the dry bricks, with neither mortar nor supporting framework, all in keeping within the project’s economic boundaries. Corresponding to the floor-to-floor height of the office area, the facade design is completed by a strip of white prefabricated concrete, at each floor slab edge, evoking the stone integrated into the brickwork in the local traditional architecture.

Due to their spacing, the bricks produce shadows upon the facade, which keep the buildings from overheating in the summer. The thermic inertia of the concrete floors and the wooden paneling of the inner walls also contribute to user comfort throughout the year, of these “industrial-looking” offices, which are without air conditioning, suspended ceilings, or raised floors. Construction began in January 2016. The first building was handed over in January 2017, the second in June 2017. By transforming the use of a building material, in a place where everything seems to have already been said and done, Paolo Tarabusi establishes a link between the building and the history of the site, while still affirming the building’s contemporaneity. 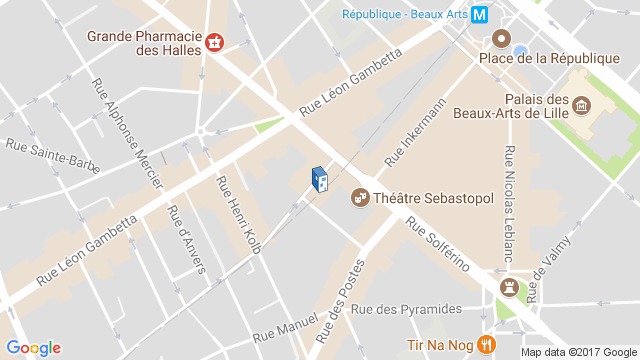