A groundbreaking ceremony was held yesterday at the National Mall site, located at the intersection of Maryland and Independence Avenues and across from the National Air and Space Museum. 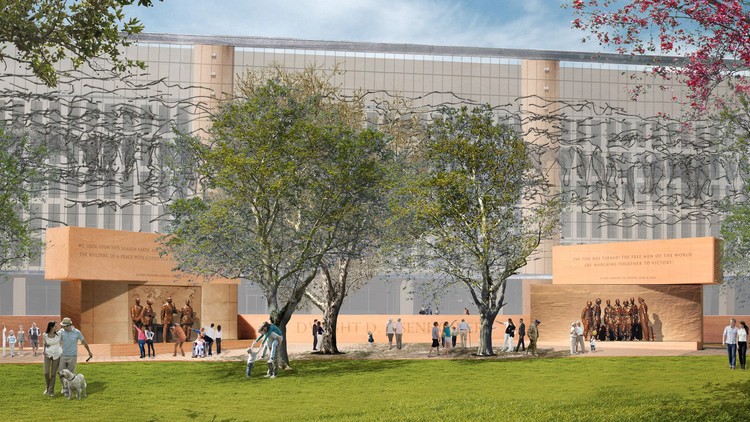 “This project has been an enormous honor for me both professionally and personally. I was sixteen years old when Eisenhower defeated the Nazis and led America to victory in WWII. I had lost thirty-three members of my family in the camps, so his victory was all the more meaningful to me,” commented Gehry following the event.

“His leadership in peacetime was as inspiring. He led the country with strength, but also with great humanity and humility. I hope that these values are captured in the memorial, and that it will be a place to honor and to learn from one of the greatest heroes that the world has ever known.”

The memorial is expected to completed in time for the 75th Anniversary of VE Day on May 8, 2020.

After years of steadfast disapproval of the proposed design for the Dwight D. Eisenhower Memorial in Washington, D.C., the Eisenhower family has finally voiced their support for the Frank Gehry designed park and monument - once a few more minor changes are made.