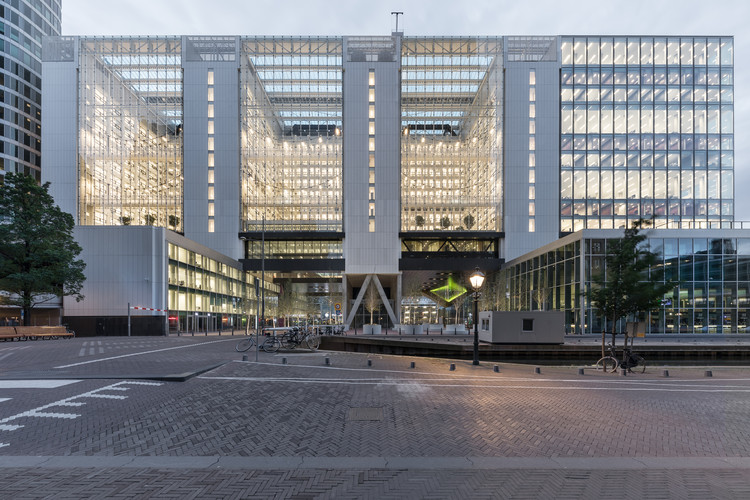 Text description provided by the architects. Rijnstraat 8, the renewed government office building housing the Ministry of Foreign Affairs, the Ministry of Infrastructure and Water Management, the Central Agency for the Reception of Asylum Seekers and the Immigration and Naturalistation Service, was officially opened by the Dutch King yesterday. A Public Private Partnership under the name of PoortCentraal, consisting of BAM, ISS and OMA, has renovated and transformed the 90.000 m2 building located next to The Hague's central station, giving it a second life as a modern and transparent working space for the Dutch government.

Partner architect of OMA Ellen van Loon led the transformation project, designing a building that accommodates flexible ways of working which require less office space. The transformation of Rijnstraat 8 is the first large-scale implementation of the Dutch government's new real estate strategy which aims to reduce the real estate owned by the government.  The involvement of the private sector is encouraged both in designing, building and financing governmental office space, and maintaining and operating the building’s energy supply, for which it is responsible for the duration of 25 years. Various sustainability measures, such as the application of triple glass in the atria, the use of solar panels, LED lights and implementation of a heat and cold storage, result in a significantly reduced energy consumption. The use of new materials has been minimized: of the 20% of the building that was demolished, 99.7% has been reused.

With the transformation of Rijnstraat 8, a careful balance has been struck between maintaining the strong architectural and sustainability concepts from the original design by Jan Hoogstad from 1993 and renewing the building for future use. The introduction of open plan offices and a new walkway running the entire length of the building improves the sense of direction within the building, and the replacement of solid walls with a glass facade facilitates the connection with the city. The interaction between Rijnstraat 8 and the surrounding city is further enhanced through the creation of a new, enlarged passage that acts as a public square.

Ellen van Loon states: “I have redesigned the former VROM building as a super flexible and sustainable multi-ministry building, which increases the visibility between departments and promotes the interaction between the Ministries and the city life of The Hague through its transparent facade and clearly visible entrances.”

The transformation of Rijnstraat 8 marks the beginning of a new series engagements of OMA in political capital The Hague, where Ellen van Loon is the lead architect for the renovation of the Second House of Parliament. 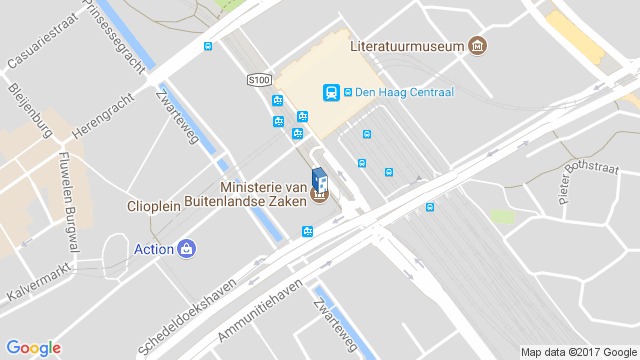 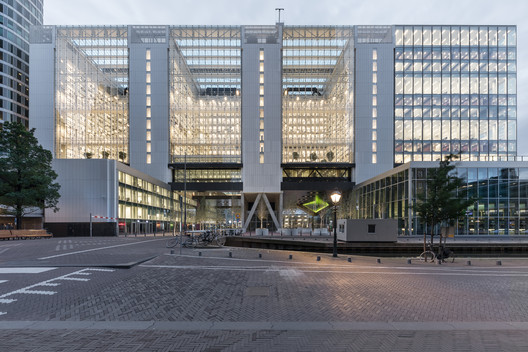