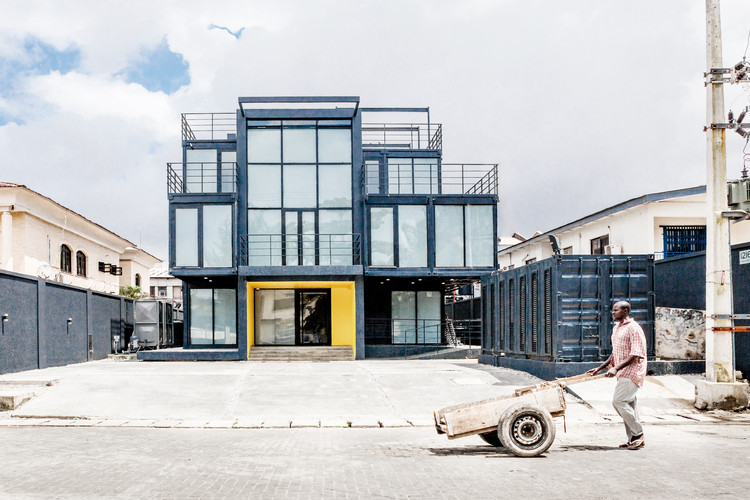 Text description provided by the architects. This project is a technology accelerator and co-working space in Lagos, Nigeria. During the summer of 2016 a competition was launched to design a building for a team of software developers and system architects at the African Fintech Foundry. The brief was a contemporary and stimulating workspace for fostering innovation through the collaborative production and incubation of ideas. Also important was that the building be rapidly deployable and have a feeling of non-permanence.

Lagos is a place where new technologies are being shaped, designed for the African consumer and the African marketplace within a burgeoning economy of over 22 million. The African Fintech Foundry has its headquarters in Victoria Island, Lagos where it is at the epicentre of a search for innovation in financial technology and e-commerce. Lagos is also a regional port city, historically connected to major trade routes and heavily engaged with traditional forms of commerce; thousands of new and secondhand shipping containers reach its port every day and are used and reused for decades, denting, scarring and rusting over time.

We have designed a compact and spatially efficient building from strategically stacking locally-sourced, old shipping containers. The project was executed in 3 months; through the aggregation of a simple base unit the structure and internal spaces were created with a narrow triple height atrium formed in the centre which terminates in an elongated skylight. On a constrained site the shifting containers result in overhangs which shade the ground floor exterior spaces and high level terraces for miniature gardens and outdoor sitting space. Glassy, bright interiors encourage the play of light within a restrained material palette of soft and dark greys while the central staircase, balustrades and entrance aim to communicate some of the vibrancy of the wider city in the distinctive yellow of Lagos’ “Danfo” buses and public taxis.

MOE+ Art Architecture is an office of urbanists, architects, artists, interiors + product designers based in Lagos. The office work is programmed along creative thinking, urban engagement, civic interventions, sustainability, exploration, collaboration and locally implemented solutions. We are driven by the collaboration between Art and Design. 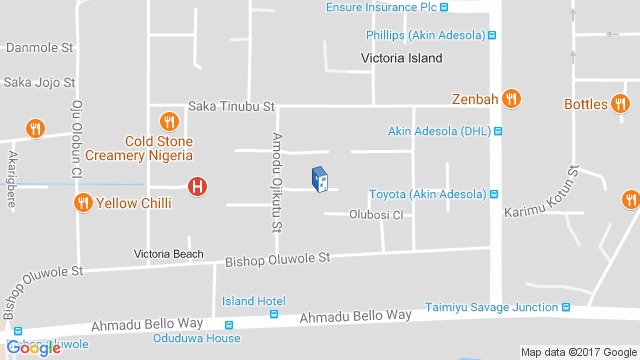 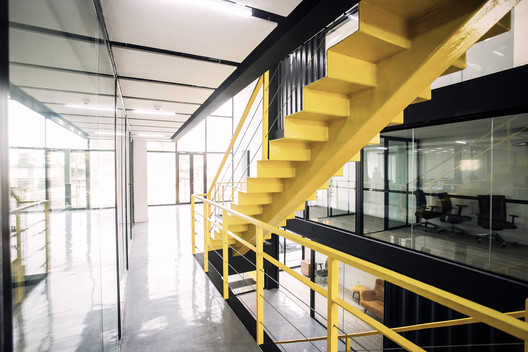