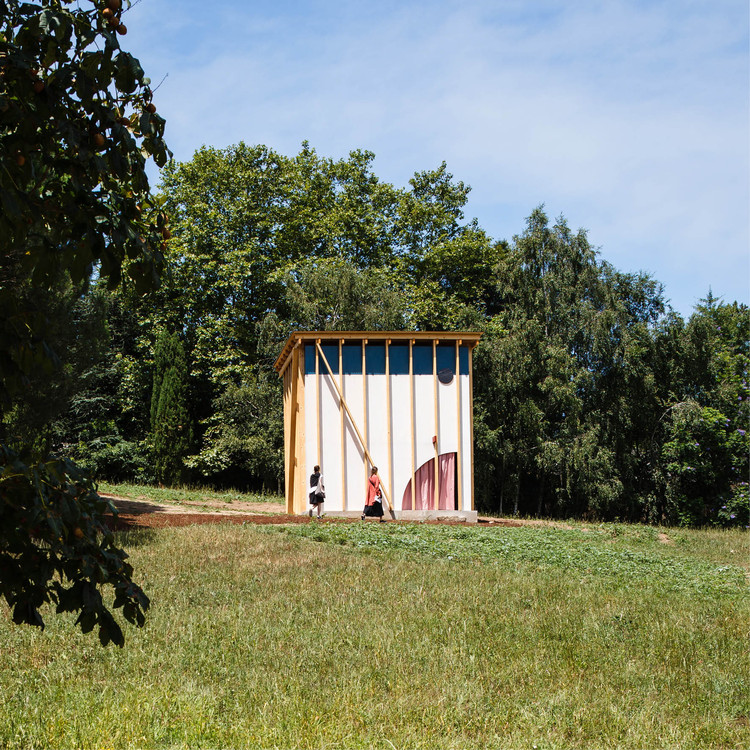 Text description provided by the architects. On the occasion of the 32nd São Paulo Biennial, a temporary art gallery was to be installed in a slopped garden at the Serralves’ Foundation. The brief was vague and open to speculation.

A folly, as the word itself suggests, is an extravagant, frivolous or unreal building, thought more for an artistic expression than for functional reasons. The pavilion is, indeed, all of that. Through a polyphonic repertoire, it aims at being both a temple, a temporary construction and a toy, neo-classical and post-modern.

A rational structure encloses a cubic volume. The understandable metric of the wood elements finds a mismatch in the proportions of the openings and in the apparently arbitrary colours. A plinth erases the relationship with the sloping terrain, claiming for autonomy. Two round black marble elements mark the entrances while a red beam crosses the inner space. Inside, five lounger chairs provide an uncertain sense of domesticity to the otherwise monumental construction.

The folly is a playful combination of pragmatic seriousness and frivolous irony. A composition where each element has its own value, complementing and contradicting each other.

Priscila Fernandes’ film about contemplation and leisure found a dialogue with both the park and the light-heartedness of the architecture. Perhaps, the folly was to architectural languages what Priscila’s film is to leisure: a joyful and reflective pastiche… 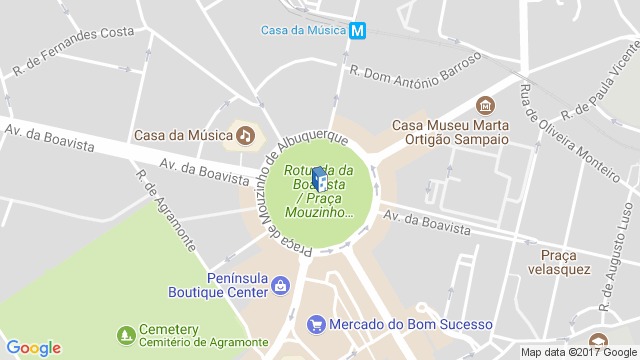 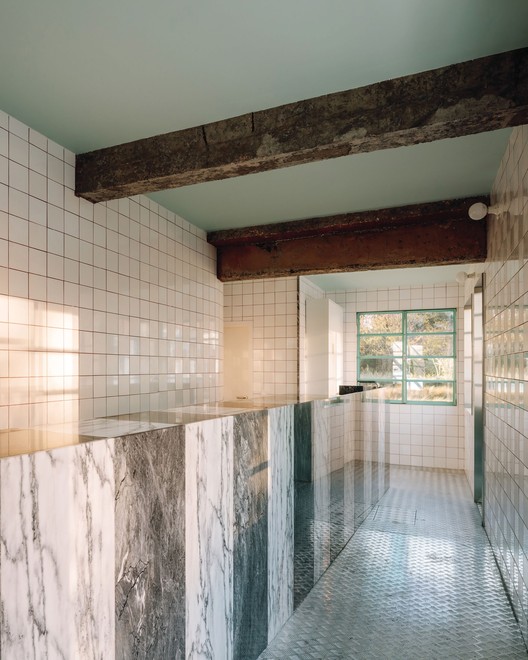