Save
Tribeca Loft / Office of Architecture 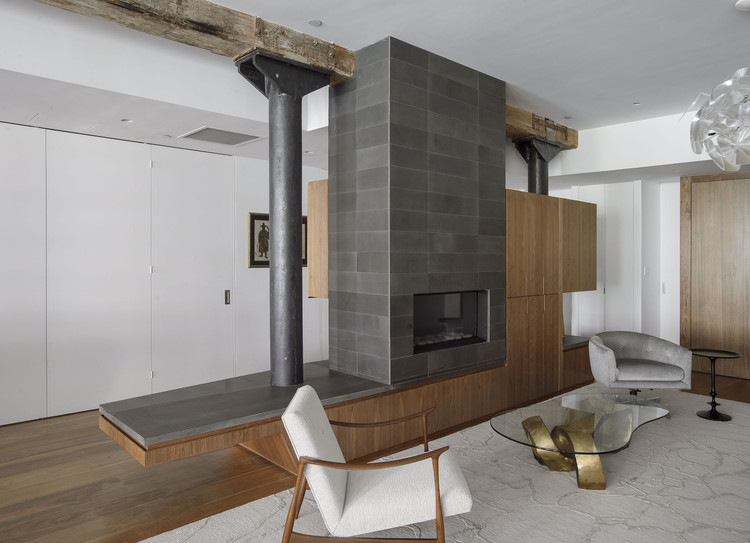 “Loft living” sometimes forces a compromise between bohemian charm and individual privacy. The informal plan, ample natural light, and uninterrupted views of an open loft are typically at odds with the modern family's desire for private space and distinct bedrooms. By deftly organizing and facilitating these seemingly discordant amenities, the TriBeCa Loft has dramatically transformed one floor of a 19th century landmarked warehouse into a clever and casual new home for a young family.

After gutting the previous labyrinthine space and leaving only key structural elements, service zones were planned to create a reciprocal relationship between public and private zones. The living room, den, and kitchen areas on the east side of the unit benefit from the natural light and views of the bedroom windows on the west without ever disturbing the privacy of the sleeping zones. To help further define space and accommodate various activities, a series of built-in accessories were designed such as floating walnut multi-purpose cabinetry, a cantilevered wet bar, as well as several full-height sliding and accordion panels.

Planning and designing thoughtfully at multiple scales has resulted in a space that exudes a quiet liveliness – one that embraces both the solitude required of traditional bedrooms and the open-ended nature of an airy loft. 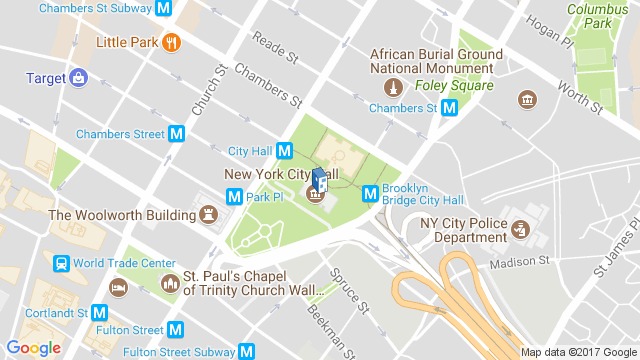 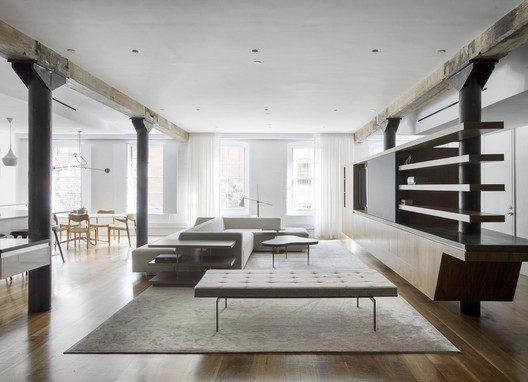