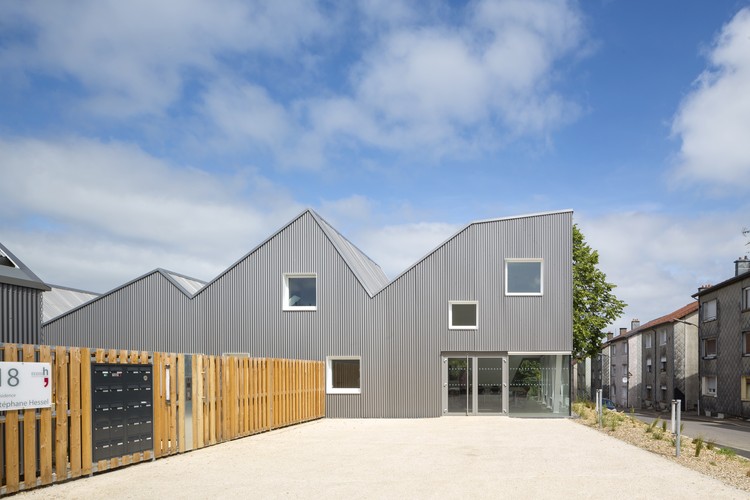 Text description provided by the architects. The project consists in 19 social (low-cost) housing for senior and a common room, located in the middle of a city-garden, typical of the iron making tradition of East French departments.

The plot is a strategic point in the district because of its location at the crossing of central streets.

The building strategy was focused on creating a protective cocoon for the elderly inhabitants but also, on recreating an urban solid structure for the neighborhood and, at a larger scale, for the district.

The project consists in four articulated blocks forming an “L”. A public square was proposed by the architects as a main entrance for the project, to create meeting places and urban valuables.  The common room is the building starting point with its   singular shape and higher volume overlooking the square.

Behind wooden fences, housing design is a contemporary reinterpretation of the semi-detached houses from the nearby surroundings: in form, materials and roofs presenting the two typical slopes of the regional architecture.

The program is organized along private alleys. The atmosphere between gardens aims to be warm and welcoming, inviting to gathering and discussion. A ‘petanque’ field and benches have also been fitted out.

Each dwelling includes common areas and bedrooms at the ground floor, suitable for seniors. A private garden and an entry terrace are also planed according to typologies. 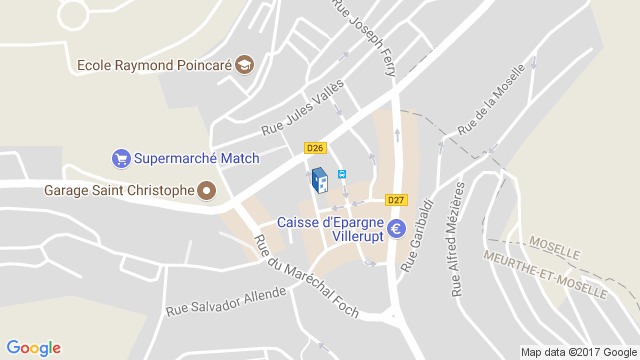