In Peru, you can not live without not knowing about or learning the lessons of the thousand-year-old architectural legacy of some of its many archaeological sites (19,903 to be exact). These places are full of inspiration, art, history, legends, and magic. Their stories are closely tied to their architecture and the ruins that hold mysteries that perhaps leave us with more questions than answers. But the sites' power to amaze us is something that every architect will appreciate.

This small list—rather than an invitation— is a provocation for the senses that lie within the architect-traveler’s soul.

"Old mountain." Located in the South of Peru, in the Urubamba Valley. Machu Picchu, Cuzco.

The Historic Sanctuary of Machu Picchu is a cultural and ecological site that was an ancient Andean town (llaqta Incaica). It was built before the fifteenth century on the rocky promontory that connects the Machu Picchu and Huayna Picchu mountains on the eastern slope of the Central Cordillera. It is widely regarded as a masterpiece of architecture and engineering for its magnificent stone buildings that make up steps, terraces and paths of a fortress that is wisely placed in this landscape. Throughout its existence it has enjoyed a veil of mystery.

Located in the sacred city of Caral, north of Lima, in the valley of the Supe River.

Caral is the oldest city in Peru—more than 5000 years old—making it the oldest center of civilization in the Americas. It is known as the city of pyramids, with residential complexes and circular plazas. The conception and complexity of its architectural and spatial elements are what make it impressive: monumental platforms of stone and earth, as well as for the low circular courtyards.

"Soul of the Earth." South of Lima, in the Lurín valley.

This archaeological complex was the most important religious-ceremonial center of the central coast of Peru for more than 1500 years, during the pre-Inca and Inca period. Its prestige was mainly due to its oracle, as ancient settlers on long pilgrimages from all over the country took part in a great Andean ritual.

"Feather Hat." Located on the Northern coast of Lima, in the District of Ate.

Puruchuco was an administrative center during the Inca period. Here, you can find a range of architectural expressions that date from different cultural periods: pyramids with ramps, one of the largest Inca cemeteries on the central coast;, and a palace that would have belonged to a curaca (Chief) of the Inca elite.

"Resplendent Sun." Located on the northern coast of Peru, northwest of Trujillo.

It is largest adobe-built city in the Americas and the second largest in the world. It is formed by nine citadels (small walled cities). The whole complex was the capital of the Chimor Kingdom and the Chimú culture.

"The place where the falcon is satiated." Located north of the city of Cuzco.

The Sacsayhuamán "ceremonial fortress" with its megalithic walls is the greatest architectonic work of the Incas during their apogee. According to the Inca mestizo chronicler Garcilaso de la Vega, the fortress had a singular panoramic view of the surroundings, including the city of Cuzco.

"Town of Fleas." Located in the district of Lucre, southeast of the city of Cuzco

Made up of the remains of a city in Ancient Peru from the pre-Hispanic era, the "Town of Fleas" covers an area of approximately 50 hectares in the Lucre river basin and along the course of the Vilcanota river. Between the VI to IX centuries, it was one of the most important administrative-cultist centers of the Wari culture, representing the planned wari urbanism par excellence. There are remnants of the kanchas, a typology that formed a whole modular system based on wari textiles.

Northwest of Lima, in the district of Chavín de Huántar, Ancash.

The administrative and religious centre of the Chavín culture was built and occupied approximately between the years 1500 and 300. Its truncated pyramid-shaped structures made of stone and clay are an outstanding example of the construction styles of the ancient settlers. They demonstrate a high degree of engineering perfection, particularly in the carving and polishing of stones and in the litho-sculpture associated with its architecture. Chavín is a complex network of interior stone paths and galleries.

Located on the northern coast of Peru, in La Libertad. It is located near the Huaca del Sol, the city between the two huacas.

Built by the Moche culture, the city is comprised of platforms and plazas surrounded by large adobe walls. The walls serve as interconnected areas that are superimposed and built in different periods. The most outstanding components of the building are the reliefs in their mural paintings. The murals use five colours that represent the characteristics and attributes of the Moche divinity called Ai Apaec.

Located Northeast of Peru, in the Province of Luya, Amazonas.

Kuélap is a pre-Inca site that was built by the Chachapoyas culture. It is part of a group of large stone structures characterized by its monumental scale, with a large artificial platform seated on the crest of calcareous rock on the top of the hill. Its colossal walls and its intricate interior architecture are evidence of its function as a well-organized society, which includes administrative, religious, ceremonial and permanent residential areas.

Located in the Jumana Pampas, Nazca Desert in Ica.

The Nazca Lines (Líneas de Nazca) are ancient geoglyphs composed of several hundred figures that range from simple designs such as lines, to complex zoomorphic, phytomorphic and geometric figures that appear traced on the earth's surface.

Okay so maybe there were more than 10. ;) The hummingbird or any other of the iconographies of the Nazca lines are fundamental sites that must be visited by every architect, appreciated fully from the air, from a bird's eye view, that flies high and always keeps an open perspective.

It's worth mentioning that there are many worthy sites are not on this list, like the Inca road or the entire city of Cuzco (which deserves its own article). In short, the list will always feel small or questionable. The only real truth is that if we have living testimonies of ancient architecture today,  and it is fundamental that we give them their place and listen and interpret (or at least observe) what they tell us about the past. This will help us conceive contemporary architecture that is consistent and harmonious. 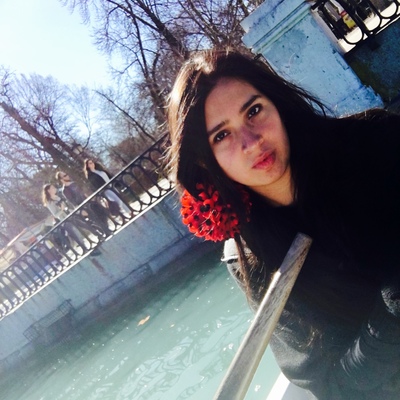 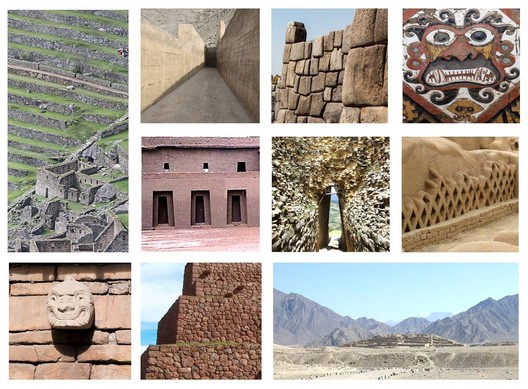