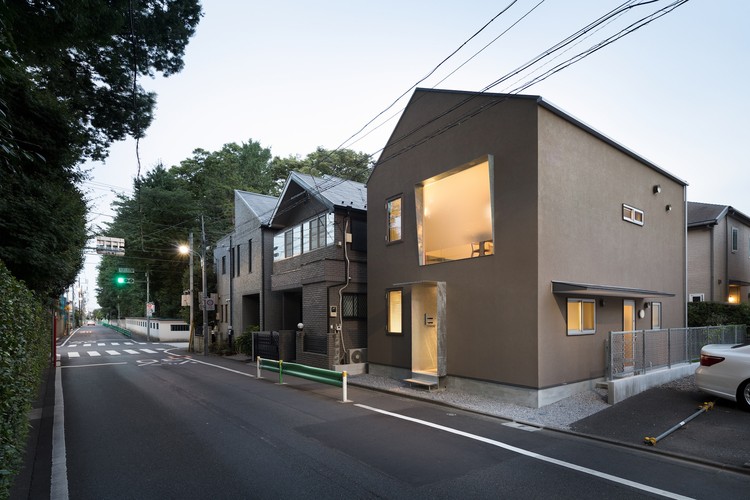 Text description provided by the architects. A small wood structure house with an office floor on the ground level, standing on a standing on a 49.5sqm building area within the 100 sqm site.  To take in sunlight, the volumes of the building were gathered to the Northern side of the site along the street. The entrances to the office and the residential areas were divided but share the same approach leading in to the structure.

On the other hand a large window was created on the Northern facade for even and moderate sunlight throughout the day, and large single room was made on the second floor surrounding the center stairwell. A seamless counter storage leading from the kitchen to the dining was designed to create an openness and depth to the atmosphere. Along with the office space, rooms with more private functions such as the bedroom and kids room have been placed on the ground level. The office space is a long rectangular room stretching from North to South, and regardless of its small size we have aimed to take in the outside view as much as possible. 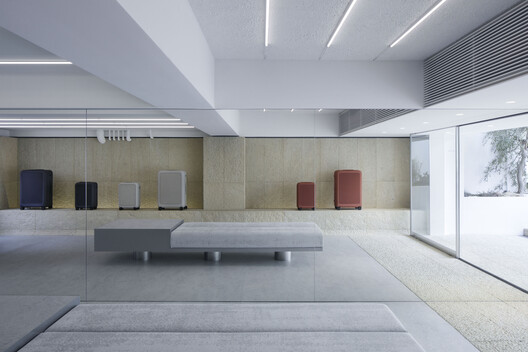