The next Vertical Forest tower will be located in France, as Stefano Boeri Architetti have revealed renderings of their designs for Forêt Blanche, a 54-meter-tall mixed-use tower located within the Paris metropolitan region in Villiers-sur-Marne.

The latest in the family of Vertical Forest concepts, which have included built and planned projects for China, Europe, South America and the United States, Forêt Blanche will be covered by 2000 trees and plants – a green surface equivalent to a hectare of forest and more than 10 times the building footprint. 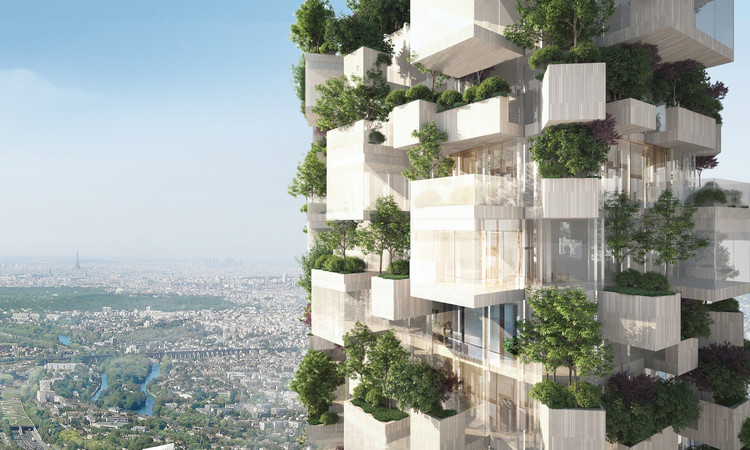 The tower will be organized programmatically, with residences on the upper floors, offices in lower floors and commercial at the base. Balconies housing plantlife will dot the four sides of the building, while the east and west elevations will use transparency to allow sunlight to pass through the building throughout the day, illuminating apartments and opening up panoramic views of the Paris skyline. 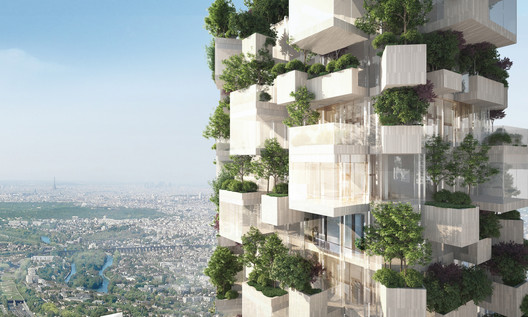