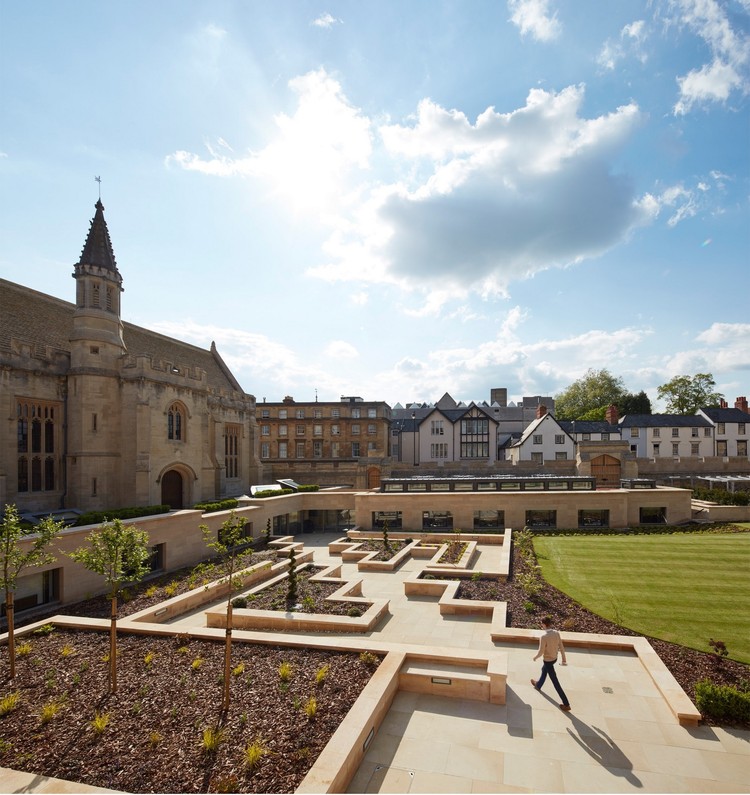 Text description provided by the architects. Wright & Wright Architects’ reworking of a Grade II* listed building, is a radical reinvention of the concept of a library.

As a starting point, the practice considered the history of the scholar in his study and in particular the way in which learning environments have adapted significantly over time, in terms of academic practice, from the monastic tradition, to the development of subjects beyond the humanities, to the arrival of the printed book, through the Reformation and, currently, into the digital age. The diversifying resources of the academic library require anchoring and physical embodiment. When the printed book was invented, libraries adapted and endured as places in which to house knowledge. This project brings together digital technology, hard-copy media, a visually stimulating setting and proximity to one’s peers within an architecture that gives powerful expression to its academic context.

This imaginative scheme – a recipient of a 2017 RIBA National Award and winner in the ‘Heritage’ category of the 2017 American Architecture Prize – takes the form of a giant inhabited bookcase inserted within the historic shell of the original building by JC Buckler in 1851, subsequently converted into a library in 1930 by Giles Gilbert Scott. The new insertion, together with a plinth-like extension into the quad, creates accommodation for 120 readers, as well as group working areas, seminar spaces, staff facilities and storage for 3,200 linear metres of shelving.

The project presented significant technical challenges: the roof of the existing building leaked, a floor plate cut across windows, blocking light and ventilation, accessibility was limited and the building suffered from noise and air pollution, with overheating in summer and freezing temperatures in winter.

The project is pioneering in terms of sustainable design and engineering – a passively controlled library in an adapted 19th-century listed building. The environmental strategy: utilises existing thermally massive stone walls; restores the windows to their full height; introduces air through low-level windows; opens up the original eaves ventilation, chimneys and spiral staircase; introduces opening roof-lights concealed behind the parapet; adds insulation to the roof and beneath the floor; introduces secondary glazing carefully composed behind the existing glazing; ensures that the new-build part of the building has manually-operated cross-ventilation with BMS high-level control; integrates small, low-energy heaters at readers’ feet; and incorporates LED lights and user-controlled PIR to improve efficiency.

Recent warm-year temperatures were analysed, which led to a non-interventionist strategy for cooling. Thermal modelling of the building with new openable roof-lights highlighted the few term-time hours when the building should exceed 24° centigrade. A borehole was driven and connections made to the plant room so passive cooling could be retrofitted if climate change worsens conditions in the future.

The Victorian architecture of the host building has been meticulously restored, including the entire re-laying of the roof-tiles in local Cotswold Stone over new insulation.  The landscaping – with its lush planting and elegant stone seating – makes this a quad unlike others in Oxbridge, a formerly neglected corner of the campus which has been transformed into an outdoor common room where students can dwell. 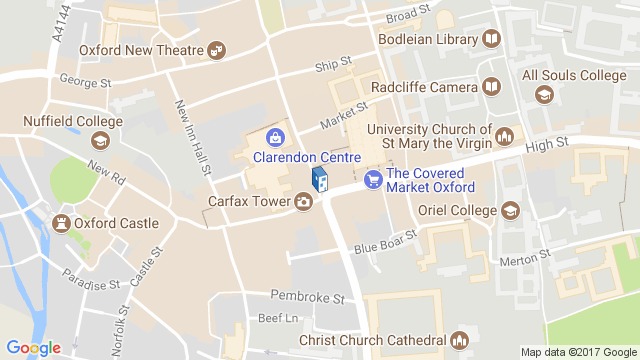 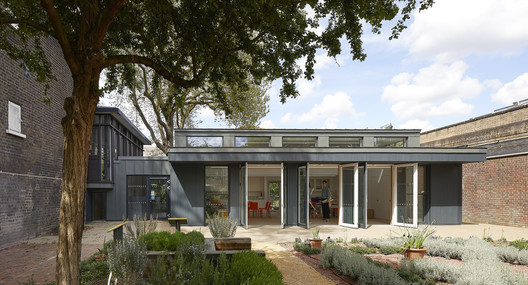 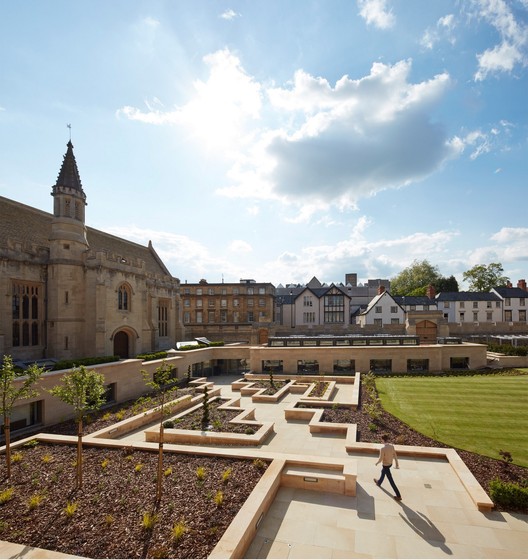