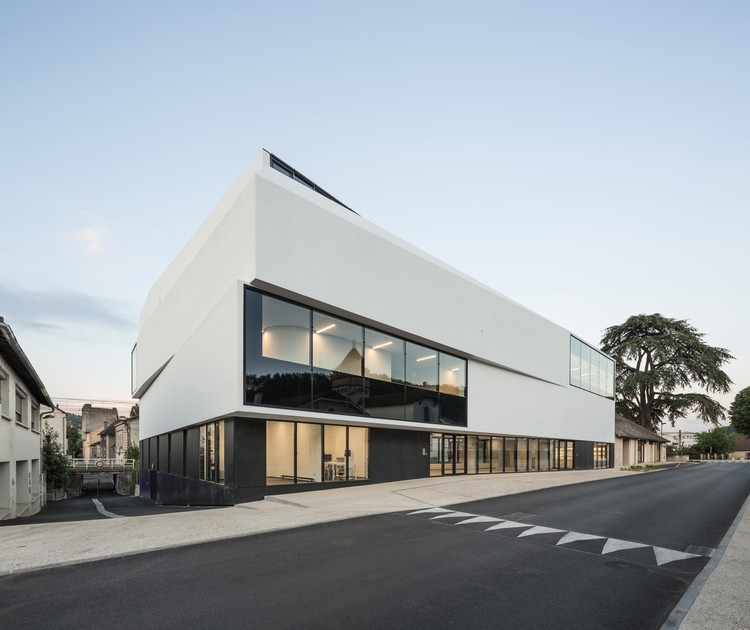 Text description provided by the architects. Overlooking the Valentré Bridge and the Lot River, the CHAI building is a “beacon,” the new civic heart of a green and recreational zone extending along the banks of the river. It offers a broad, unobstructed view over this fortified bridge dating from the 14th century, and listed in the UNESCO registry of World Heritage Sites and a link on the historic Cahors discovery walking tour. The many medieval sites scattered around this ancient town are a major reason for its international reputation. The CHAI was designed in relation with and in answer to the town’s history, heritage and the intersection of the region’s main axes of circulation.

The CHAI is inserted into a context determined by a landscaped scheme designed to ensure its cohesion with the existing architectural heritage. Appearing as a simple stone-clad volume, detached from the ground, its façade bends at street level. Access to the public space in the lobby on ground floor is via the transparent area of the façade, designed as a genuine reception and area.

The intervention by the office of antonio virga architecte enabled the repurposing of the interfaces with nearby territorial axes of circulation and to fully benefit from the presence of the Valentré Bridge and the Lot River, whose banks and history open onto a unique and composite landscape.

In a nod to the town of Cahors, famous for the 25 secret gardens hidden away in the meandering streets of the medieval town, the CHAI also houses a green space at its core. IN this way, the CHAI perpetuates a local tradition; despite the fact this garden is not entirely a secret one. In fact, it is visible from the street thanks to the transparency of the ground floor, which functions as an invitation to visit this place. 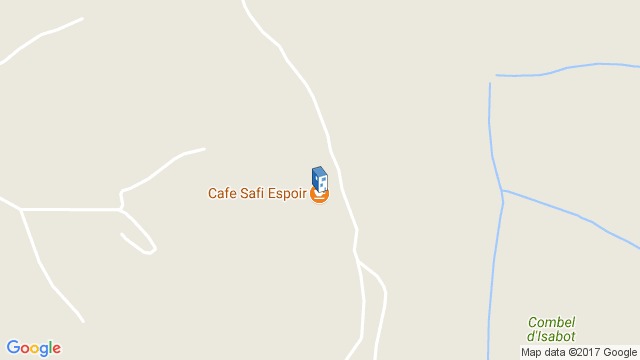