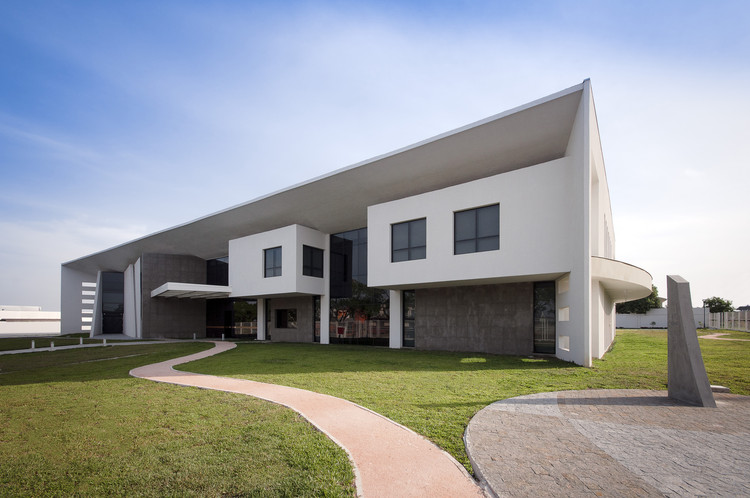 Text description provided by the architects. The new Brazil Soka Gakkai International (BSGI) Cultural Centre, located in Curitiba, became an important building for the association that has a presence in 192 countries and premises in several Brazilian cities. The Curitiba BSGI moved from a small building in the Jardim das Américas district to its new Cultural Centre of more than 2,000 sqm on a 6,270 sqm site in Bairro Alto, Curitiba. The occasion was marked by a grand celebration with typical dances, speeches by the administration and the architects responsible for the project, and was attended by the president of the Association in Brazil

POSITION
The single-unit building occupies the central portion of the corner plot, offering generous setback from the boundaries and allowing extensive views and connection with small plazas around it. The siting strategy allows for eventual enlargement through an annex building at the back of the site, which is currently occupied by the car park.
ACCESS
Pedestrian access is through the central section of the main street, aligned with the main entrance to the building. Vehicle access is at the ends of the “L”-shaped car park, and there is a special administration entrance near the pedestrian access with a connection to the parking area.

LANDSCAPING
Treatment of the outdoor areas was based on 5 plaza spaces located around the building. Each plaza has a circular format and represents an important element of Buddhist culture and Soka Gakkai.
GROUND FLOOR
The building is visually permeable, with ground-floor circulation connecting with the surroundings. The main access is through the central section, singled out by a metal awning, and secondary access is a mirror image of this, also in the center of the building. Easy readability of the internal spaces was sought from both access points. The eastern section includes a 500-seat auditorium, technical rooms, and service access. The western section contains the administrative wing, toilets, guest reception room and a small auditorium for weddings and other smaller-scale events, with capacity for 200 people. The western wing also contains the vertical circulation area facing the main facade.

UPPER FLOOR
The upper floor contains multi-purpose rooms – particularly for prayer and classes, offices, music room and connection to the auditorium balcony via a footway suspended over the main hall. The eastern section contains rehearsal rooms to the rear of the auditorium.
BIOCLIMATIC FEATURES
The building includes several solutions for improving its environmental quality. The auditorium has a noise-control system formed of several layers of insulation material between the sandwich roof and the ceiling. Roof vents have been created in the upper-floor circulation areas, with side windows that allow temperature control of the building. In the harsh Curitiba winter, the louver windows remain closed to retain heat inside the building. In the summer the windows are opened to release the used air and heat, creating a chimney effect in the center of the building, with air being drawn in through the access doors and side windows.

VOLUMES
To create a unity between the two sections of the building a roof was designed to “embrace” the more angled shape of the auditorium together with the administrative and academic section. A strategy for increasing the usable area of the music room and offices on the upper floor involved projecting these volumes beyond the main facade, which thus offers a dynamic feel to the overall volume. The sloping walls of the auditorium side wings allow protection and highlight the emergency exits, while at the same time creating movement. The contrast between glass, flamed granite, and the white gables also gives the building stronger identity. 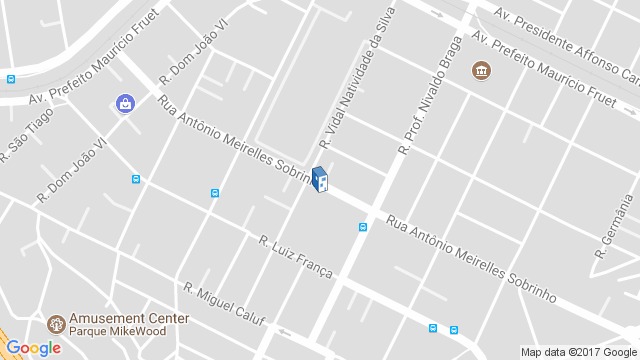