The winners of the inaugural Africa Architecture Awards have been announced. Established by St. Gobain with the goal of “stimulating conversations about African architecture as it cements its place in a global continuum,” the event represents the first ever Pan-African awards program of its kind, with more than 300 projects from 32 African nations being considered by a steering panel led by Professor Lesley Lokko, ambassador Phill Mashabane, advisor Zahira Asmal, and architect David Adjaye. 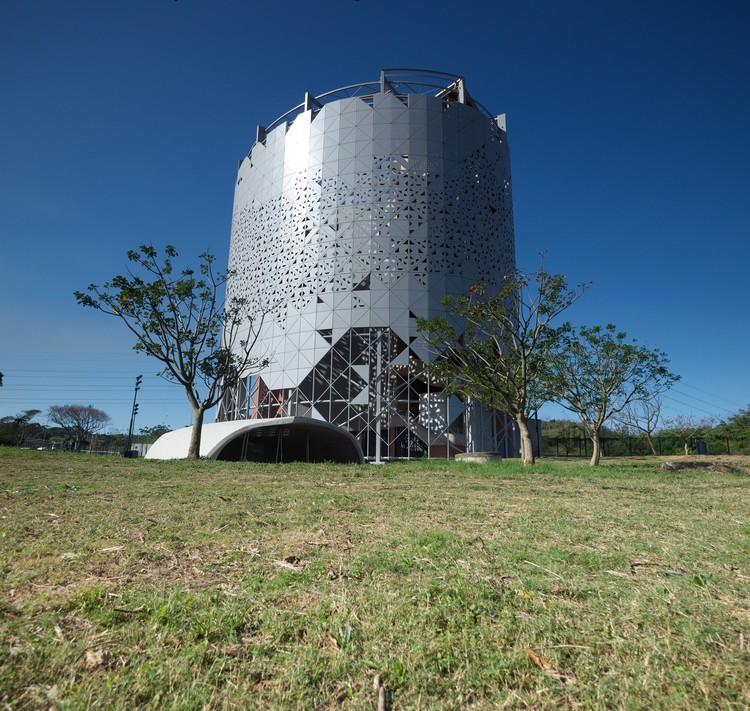 From those 21 projects, winners were chosen in 4 categories, with an overall Grand Prix winner taking home the top prize of $10,000 USD. Find the list of winners below.

[The Umkhumbane Museum] provides the opportunity for contemporary culture and powerful heritage to converge, serving as a tool for social, economic and ecological regeneration. As part of a broader urban strategy, the site seeks to activate and network various cultural nodes within the community of Cato Manor through community involvement, local artists and leaders.

The urban strategy aims to use technology and public space innovatively to access, network and enhance the culture, serving as a tool for community members to leverage in the co-creation of today’s Umkhumbane Culture. The stories of Umkhumbane in the 1940s were example of diversity and community during apartheid. Cato Manor today could provide much needed stories of regeneration and redress in South Africa.

“Fórum de Arquitectura” (which means Architecture Forum) is an annual event that takes place in October, in the historical heart of the city of Luanda, where it is located at the Lusíada University of Angola. It began in 2006, as part of the activities of the Department of Architecture and restricted to its teachers and students. Today, after years of continuous battles and perseverance, it can be said that it is the largest academic event in the area in Angola, which celebrates not only Architecture, but also everything that surrounds it. It raises debate on several disciplines, promotes interchange between universities at international level, has developed, over the years, own identity, and established a tradition in the angolan academic world.

We live in an era of unprecedented migration. According to the UNHCR, the world is currently experiencing more human displacement and migration than after World War I. This project explores the interplay between physical and imagined spaces, through the fluidity and stasis of human mobility in Cape Verde in ways that allow us to rethink our ways of understanding the state, boundaries and space.

Located in the CBD of Johannesburg City and known to only the elite few, otherwise considered as the ‘outsiders or travellers”, lies a hidden architecture created by economic enclaves for ‘informal’ residents of the city including foreign migrants.These enclaves are organised activities, conducted by minority groups in order to maintain strong boundaries and a sense of identity within places they find themselves. Through these enclaves, migrants in Johannesburg city are able to access and obtain social and economic benefits that sustain their stay within the city.

In this, we discover the existence of a “neo” form of “passport” that determines when and how enclaves of Johannesburg city are accessed by migrants. These passports are in different forms ranging from ethic group, to language, to cultural beliefs and apparel. By way of appearance, a migrant urban dweller for example is able to have access to work opportunities within a particular space in the city. This access comes by way of identity, acceptance and a sense of belonging for the migrant, and trust and reliability for those providing the opportunity. We therefore find apparel to be one of the many passports used by those otherwise considered “outsiders”.

“Although this is only the first edition of the Africa Architecture Awards, we believe we have captured an incredible moment in time for Pan-African architecture,” commented MD of Saint-Gobain Retail Division, Evan Lockhart-Barker. “Having launched the first-ever awards of its kind, we’ve seen the incredible response from architects working across the continent. The values and aspirations displayed in the awards have led to incredible insights about the continent and its shape-shifting ways.”

“Yet we still have a way to go to write our own story about architecture and its role here. Africa is indeed rising... but due to the continent’s resourcefulness and complex regional identities, we’ve already learnt that our awards programme requires even more diversity to capture Africa and all its spectrums. We look to future editions of the awards to achieve this.”

More information about the awards can be found on the official website, here.