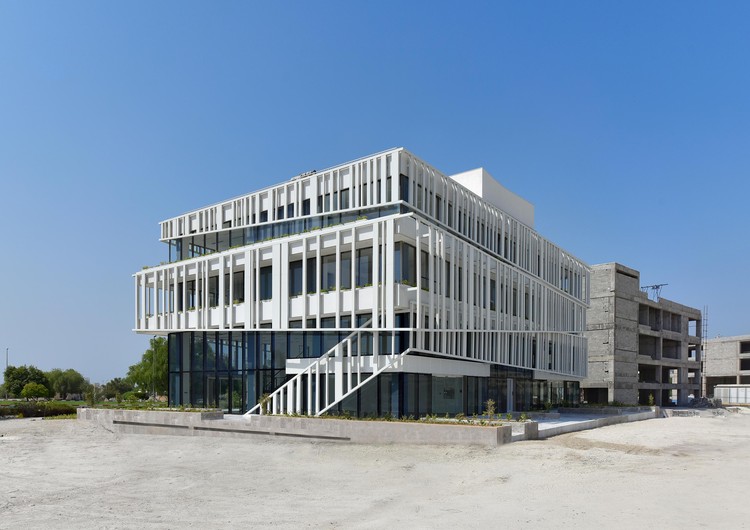 Text description provided by the architects. The strategy lead to creating a shell that covers the entire volume and provide a symbolic and unique character while also controls the lighting and the view. The distance of the shell and glass has established a green interface between internal and external environment which often have a significant temperature and humidity difference.On the other hand, this has led to different and exclusive experiment for each of administrative units which all share common plans, parallel layouts and similar sizes.

Expensive value of the land and commercial function of it lead to designing a plain and pure structure to maximize the usage of land. Boosting visibility and noticeability of valuable commercial flats on the ground and on the same time maximizing the organic light and view of very small administrative units on higher levels, resulted in pure glass structure.

Later, searching for a solution to encounter the harsh climate of the region along with looking for method of unitizing the project, the native architecture of the Persian Gulf guided us to the double shell structure which the natives use to control the heat and light of sun through shadows of the outer layer and air circulation in the space between.

Then the second shell was designed inspired form reticular shells of natives and next was adding the green texture in the space between to catalyze the softening process.

Recreating the connection of inside and outside of the building, as well as generating a distinguishable difference in similar flat units, conduced to invention of an interface which become axis of design strategy for this project.

In fact there are many companies (both national and international) who need to have small office in Kish to operate their business there. On the same time there are some businesses in the island that are prestigious though do not need much of space for their operation. However, due to our studies there is serious lack of small offices in Kish. Adding the facts of being independent (in terms of services, parking, ...) and prestigious, made the issue even more significant. That is how we came with the idea of small, independent and prestigious administrative offices. 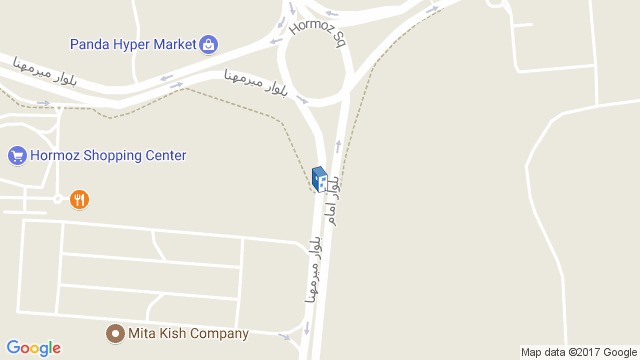 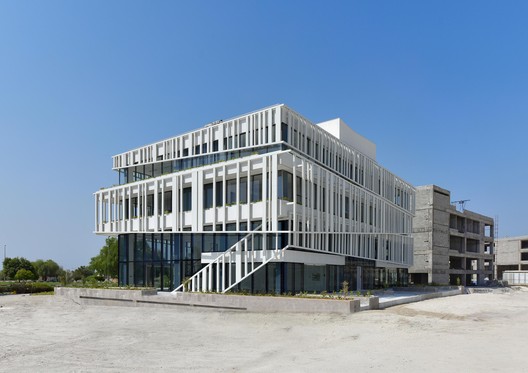