EFFEKT's 45 meters above the trees spiraling observation tower, which is being built one hour south of Copenhagen, will offer 360-degree panoramic views across the surrounding forest of Gisselfeld Kloster, Haslev. The preserved forest distinguishes itself by its hilly landscape with lakes, wetlands, and creeks.

EFFEKT's spiraling observation tower, which is being built one hour south of Copenhagen 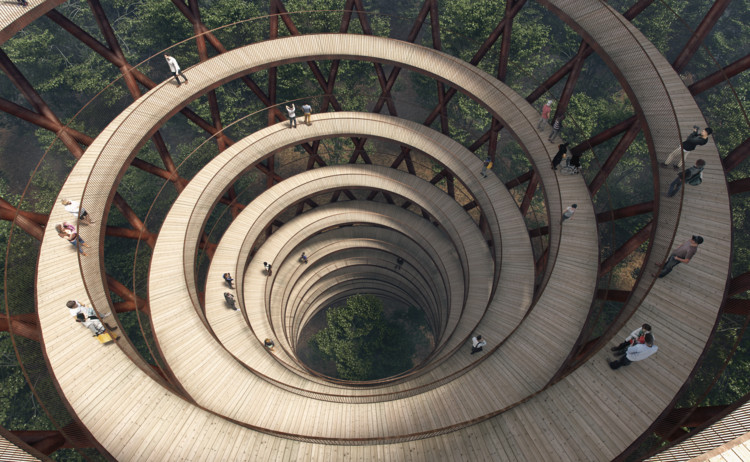 Featuring at the end of the 600-metre forest walkway for Camp Adventure, the 13-tiered tower will provide a new perspective and immersive experience from within and above the trees. The observation tower will be inclusive for all its users as the path and tower are a continuous ramp.

The walkway will integrate dynamic elements into the route for visitors to learn and interact with the forest. Beginning with an aviary that houses a range of birds, the path will loop and rise to bring you closer to the trees, concluding with the observation deck.

To be developed as an hourglass shape, it will allow the tower more stability from the enlarged base and a larger area for viewing at the crown; a slimmer center will also provide space for the trees around to interplay with it.

The lattice structure formed of straight, structural elements further cultivates the sculptural quality of the tower by creating an ambiguity between the tree trunks and the structure. Sensitive to the natural tones of the forest, the structural elements will be built out of Corten to succinctly blend in whilst the decks will be built from timber felled from the local trees themselves.

Camp Adventure, where the walkway and tower are being built, is an already existing sports facility with treetop climbing paths and aerial zip lines up to 25 meters in the sky.

Other projects by the local firm, EFFEKT, have included the 2015 Building of the Year Award-winning Livsrum and their innovative self-sustaining village model that reimagines infrastructure, food production, and green space. 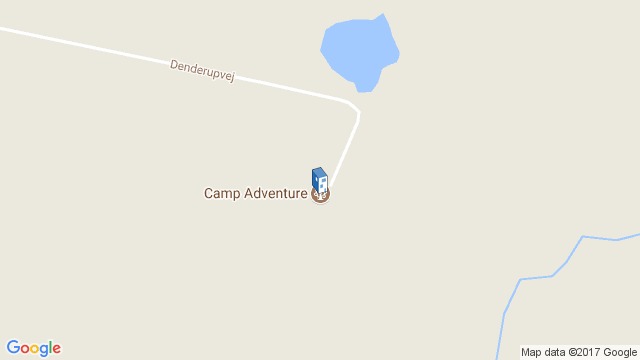 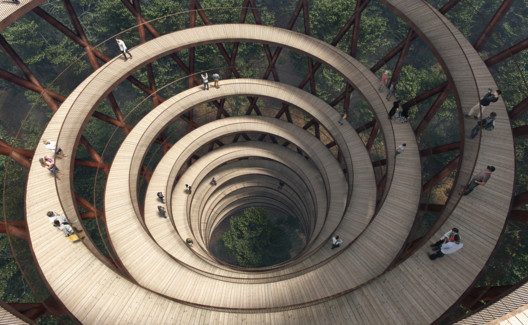