Researchers from the university of British Columbia have developed a new fiber-reinforced concrete treatment that can “dramatically [enhance] the earthquake resistance of seismically vulnerable [structures].”

Called EDCC (eco-friendly ductile cementitious composite), the material is engineered at the molecular level to react similarly to steel – with high strength, ductility and malleability. When sprayed onto the surface of traditionally poured interior concrete walls, it reinforces against seismic intensities as high as the magnitude 9.0-9.1 earthquake that hit Tohoku, Japan in 2011.

“We sprayed a number of walls with a 10 millimetre-thick layer of EDCC, which is sufficient to reinforce most interior walls against seismic shocks,” says Salman Soleimani-Dashtaki, a PhD candidate in the department of civil engineering at UBC. “Then we subjected them to Tohoku-level quakes and other types and intensities of earthquakes—and we couldn’t break them.”

“This is quite an urgent requirement as one tonne of cement production releases almost a tonne of carbon dioxide into the atmosphere, and the cement industry produces close to seven per cent of global greenhouse gas emissions,” commented UBC civil engineering professor and project supervisor Nemy Banthia.

The material will be used in practical application for the first time this fall as part of a seismic retrofit of the Dr. Annie B. Jamieson Elementary School in Vancouver. Future applications include the renovation of a school in Roorkee in the region Uttarakhand, India, where earthquakes are a common occurrence, and to build resilient homes for First Nations communities. Able to be applied to a variety of concrete structures, the researchers also anticipate use in the construction of pipelines, pavements, offshore platforms, blast-resistant structures, and industrial floors.

The research was funded by the Canada-India Research Centre of Excellence IC-IMPACTS, a research organization that promotes collaboration between Canada and India. 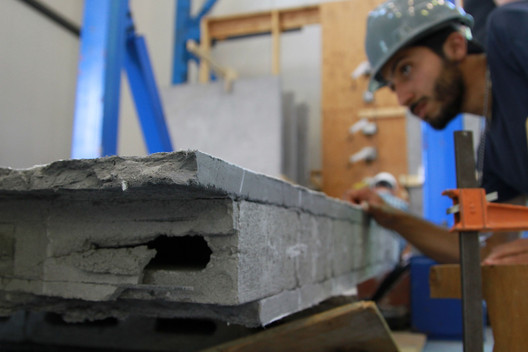