Save
Groupe A+ Headquarters / A+Architecture 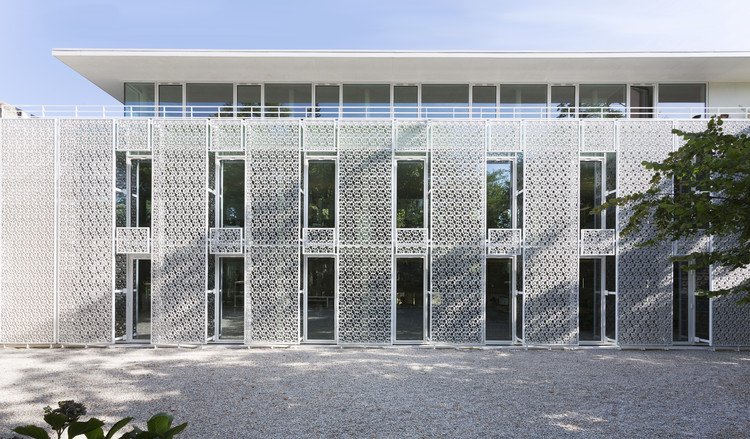 Text description provided by the architects. A+Architecture Group designed and constructed its own headquarters in a historical preservation site, the Domaine de Lafeuillade. This project site also includes a large ornamental garden, a historical mas (traditional southern farm house) converted into a gourmet restaurant and quaint guest house, as well as a housing complex comprised of 75 apartments, dispatched into several small-sized 3-story buildings.

Nestled in a sensitive historical preservation site, A+ chose to create a projet that would seemlessly integrate its surroundings and be respectful of the site’s heritage. A minimalist parallelepiped has replaced an old demolished barn. The existing orangery was relocated further into the park, one stone at a time. The last storey of the new office building was designed to vanish and match the volume of the existing mas.

An exceptionally large well was discovered during construction. Stairs leading to the underground level highlight the scenic structure by crossing between its two impressive arches.

A+ chose to design white concrete facades, matching the mas’ original exterior colour, with a crisp contemporary style. A+ innovates in architecture once more, by using vitrified ceramics to complete the facade: a first in France. Glass façades located on the building’s south and west sides, are protected with the use of a lace-like structure in white ceramic. This double skin is inspired by the ivy covered mas, taking care as to not do an obvious imitation. Windows to the north and south preserve proportions consistant with the mas’.

The project design facilitates exchange and proximity between distinct poles of expertise within the A+Architecture Group. Staff workspace is organised accross 6 half-storey levels, located on either side of central stairscases. This functional design eases staff flow and spontaneous interactions between the teams. The agency’s minimalist architecture highlights each material chosen. “As our design matures, we tend to strip our work to the essential. For these offices, there is glass and concrete. The idea was for there to be nothing else. No one is to know where cold, heat and electricity come from. It is really a destitution and the very essence of architecture.” states an A+Architecture Group Founding Partner.

There are no suspended ceilings in the office, in order to showcase the grey structural concrete slabs. Fluids, electrical and telecom networks, necessarily omnipresent in such works, are so discrete that they become invisible. 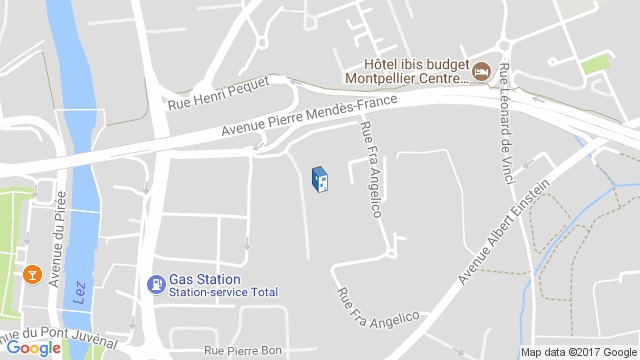 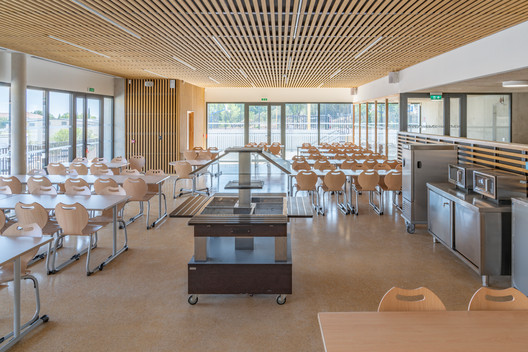 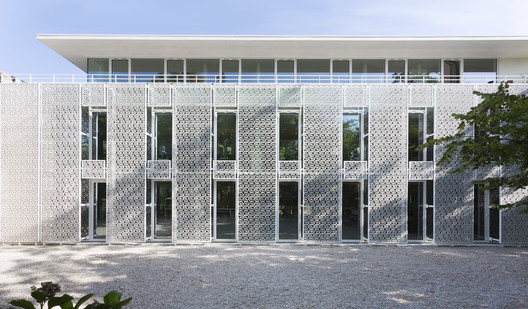